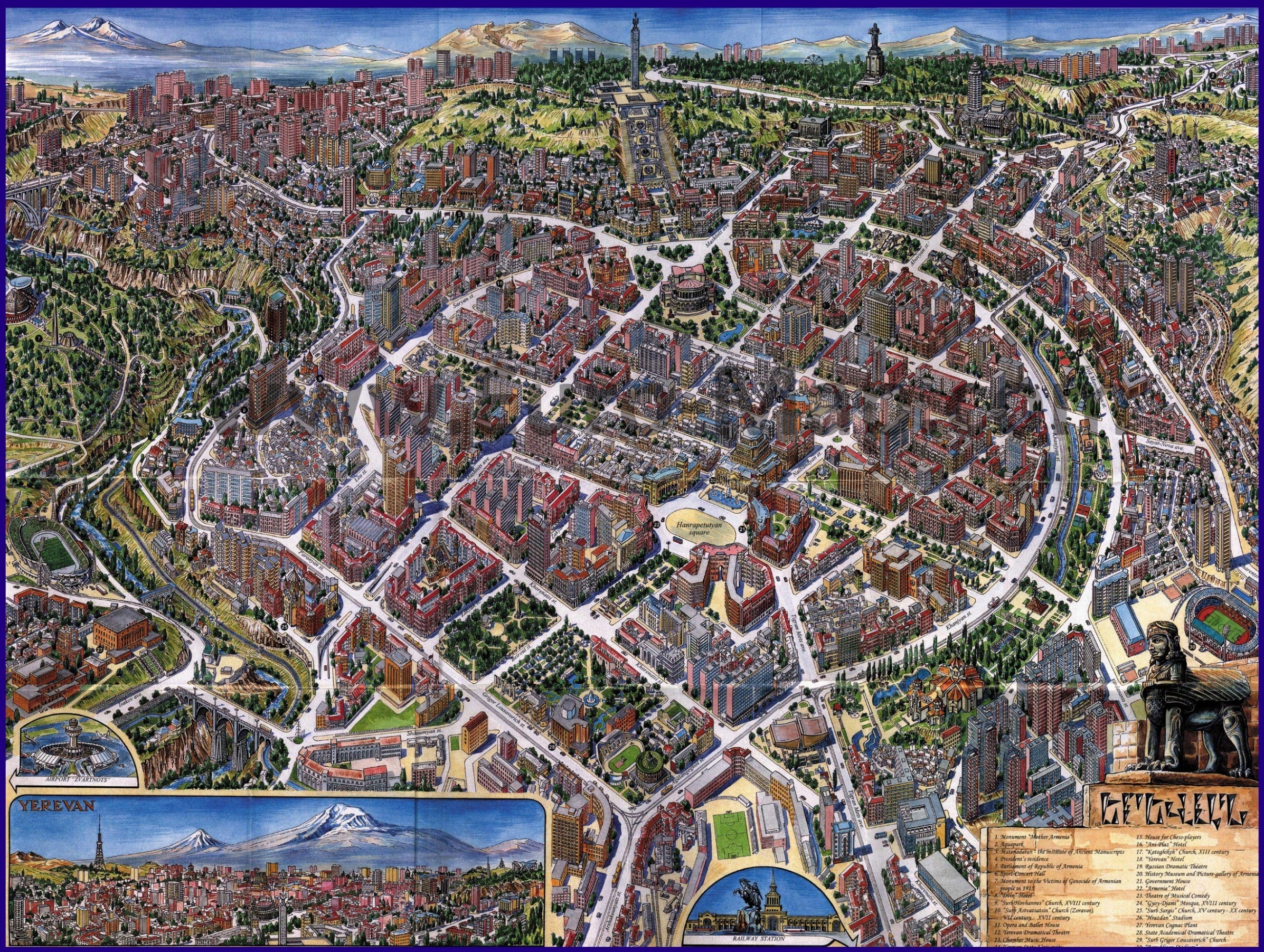 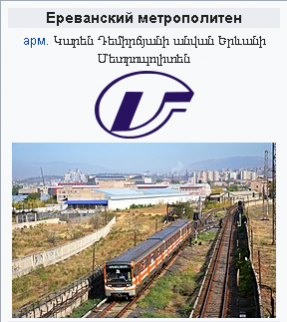 The system was launched in 1981 and, unlike most former Soviet rapid transit systems, its stations are not very deep, there are two stations above ground, one shallow and the rest are considered deep underground, however, the depth of those stations is not great, averaging 16–22 metres (52–72 ft); only three stations are greater than 30 metres (98 ft), Marshal Baghramyan (approximately 37.5 metres (123 ft)), Barekamutyun (approximately 42 metres (138 ft)) and Yeritasardakan (approximately 37 metres (121 ft)). Stations are intricately decorated with national motifs. The metro runs on a 13.4 kilometres (8.3 mi) line and currently serves ten active stations.

Yerevan, the capital of Armenia, experienced substantial growth during the postwar period when it was the capital of the Armenian SSR. Due to the city's very uneven landscape only an underground system could meet all of the criteria to efficiently move large numbers of people around the city. The first plans for a rapid transit system began to be formed in the late 1960s, under the auspices of Anton Kochinyan, then the 1st secretary of the Communist Party of Armenia. Initially this was centred on a rapid tram system, rather than a full underground metro system. During this time, the Soviet City Engineering Planning Department clearly stated that a Metro system would only be awarded to cities with more than a population of one million, which Yerevan lacked at the start of construction (1972).

Yerevan is the capital of the former Soviet republic of Armenia with a population of 1.2 million. It was originally planned to build a partly underground light rail. But in the meantime, the population grew and it was decided to build a full-fledged metro network.

The Yerevan metro line was opened in 1981 and extended southward until 1986. Ten years later, a line opened to the Charbakh ground station, which operates as a separate route communication. The main line runs underground from Baregamutyun to Zoravar Andranik and after Gortsaranain, therefore only Sassaunsi David and Gortsaranain stations are above ground. The metro was not damaged during the strong earthquake in 1988. The total length of the line is 12.1 km with 10 stations.

The plot is about the shortest metro train in the world.