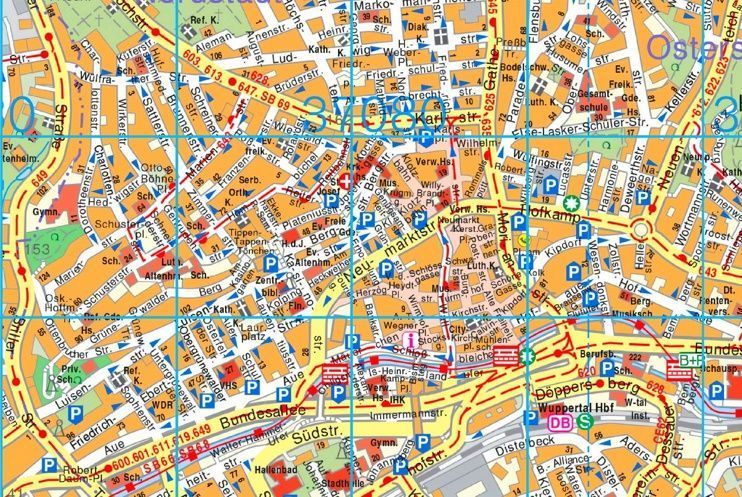 HISTORY OF THE WUPPERTAL METRO 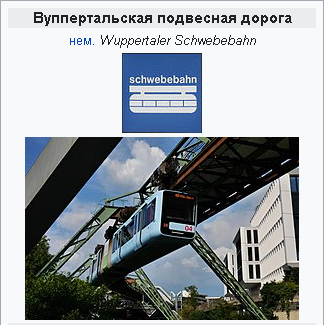 The Wuppertaler Schwebebahn (Wuppertal Suspension Railway) is a suspension railway in Wuppertal, Germany.

Its original name is Einschienige Hängebahn System Eugen Langen (Eugen Langen Monorail Overhead Conveyor System). It is the oldest electric elevated railway with hanging cars in the world and is a unique system in Germany.

Designed by Eugen Langen and offered first to the cities of Berlin, Munich and Breslau who all turned it down, the installation with elevated stations was built in Barmen, Elberfeld and Vohwinkel between 1897 and 1903; the first track opened in 1901. The railway line is credited with growth of the original cities and their eventual merger into Wuppertal. The Schwebebahn is still in use as a normal means of local public transport, moving 25 million passengers annually, per the 2008 annual report. New rail cars were ordered in 2015, called Generation 15, and the first new car went into service in December 2016.

The Schwebebahn runs along a route of 13.3 kilometres (8.3 mi), at a height of about 12 metres (39 ft) above the River Wupper between Oberbarmen and Sonnborner Straße (10 kilometres or 6.2 miles) and about 8 metres (26 ft) above the valley road between Sonnborner Straße and Vohwinkel (3.3 kilometres or 2.1 miles). At one point the railway crosses the A46 motorway. The entire trip takes about 30 minutes. The Schwebebahn operates within the VRR transport association and accepts tickets issued by the VRR companies.

Back in the 1880s, the towns of Barmen and Elberfeld realized the need to build additional vehicles at the bottom of the valley. During these years, the Cologne engineer Eugen Langen was involved in the project of the suspension railway.
Construction of an overhead railroad around 1899 near Wall / Schlosslich. A piece of scaffolding is transported to a prepared place on the Icelandic coast.

WSW mobil (Wuppertaler Stadtwerke) celebrated the official completion of the suspension railway extension with several events for Wuppertal residents and invited guests to the new Oberbarmen wagon hall. At the ceremony, the Minister of Transport of the Socialist Republic of Vietnam, Michael Groshek, knocked out a gold rivet in a suspended railway frame.

The city of Wuppertal (375,000 inhabitants, 20 km east of Düsseldorf) was founded in 1929 when the cities of Elberfeld and Barmen, along with several other municipalities, were merged into a new city in the Wupper Valley. But already in 1898, the construction of the most unique metro in Europe - the Schwebebahn - began here. The line opened passenger service on 1 March 1901 between Cluses and the zoo. The western section between the zoo and Vohwinkel was followed on 24 May 1901. Two years later, on 27 June 1903, also the eastern section between Kluz and Oberbarmen was adopted. The line was badly damaged during World War II, but a year after the end of the war, it was resumed. The destroyed Klyuse station was rebuilt only in 1999.

The story of the Wuppertal underground system