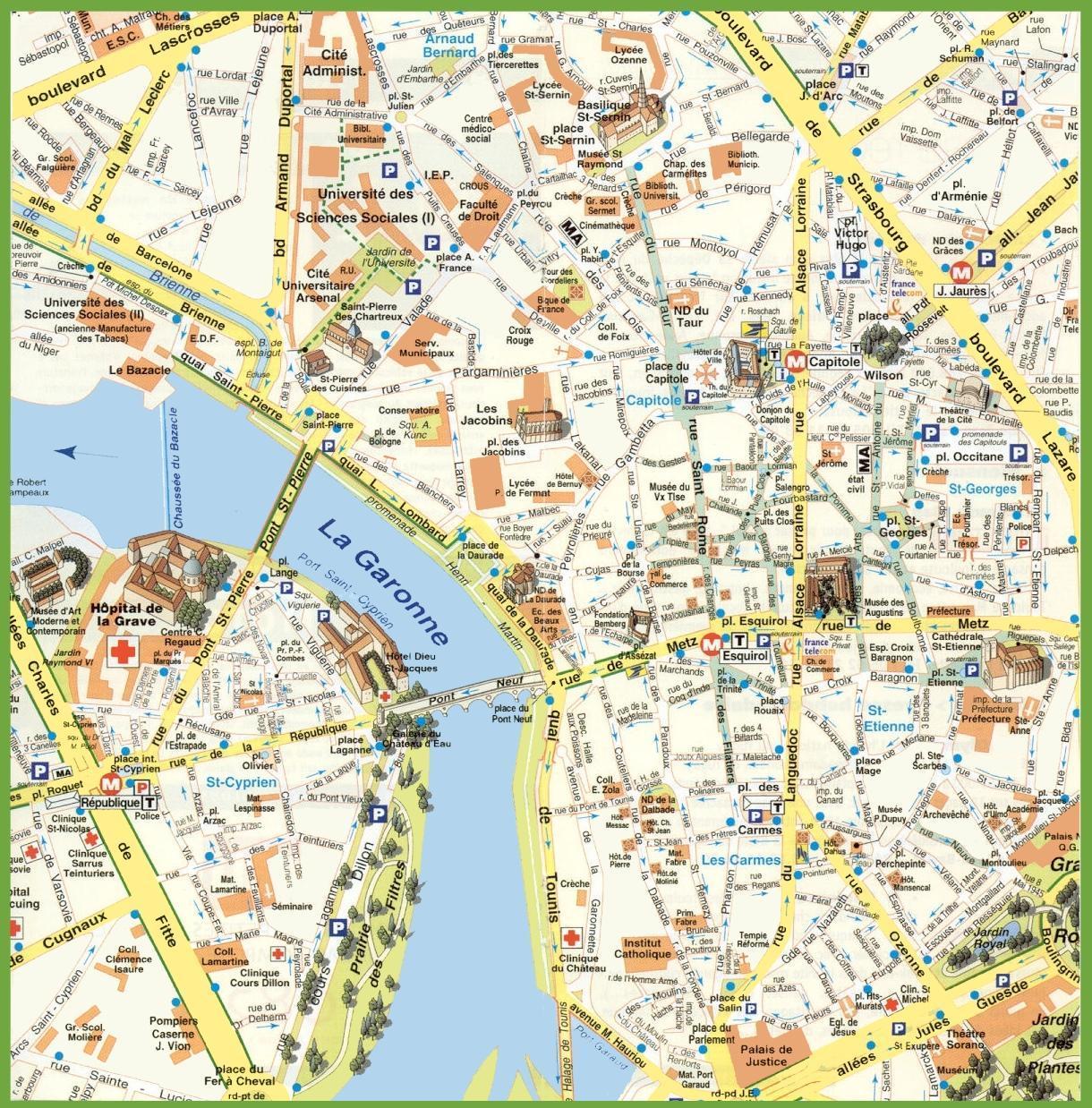 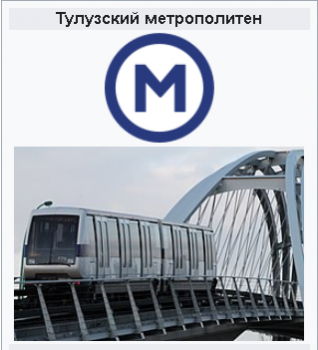 The Toulouse Metro (French: Métro de Toulouse, Occitan: Mètro de Tolosa) is a rapid transit system serving Toulouse Métropole, France. The city's public transport system was initially managed by the Société d'économie mixte des voyageurs de l'agglomération toulousaine (SEMVAT), which was a company that was owned at 80% by local government bodies and 20% privately owned. It has been managed by Tisséo, under the authority of the Syndicat Mixte des Transports en Commun, an authority established by various local government bodies, since 2003.

In 2018, the network was used by 110.3 million passengers. The Toulouse Metro consists of two primarily underground metro lines, Line A and Line B, that together serve 37 stations, comprising 28.2 kilometres (17.5 mi) of route. It is supplemented by the Toulouse railway network (including suburban Line C, Line D and Line F) and Toulouse tramway (Line T1 and T2—former Line E) which serves the northwestern suburbs and Toulouse–Blagnac Airport.

An innovative system for locating stations to make the metro accessible to as many people as possible.
Don't know the alphabet?
Don't you read French?
You are having difficulties:

find your way in space?

remember the stages of the journey?

For the first time in France: you can now use visuals that make it easier to identify and remember the stages of your metro journey.

Toulouse is the center of a metropolis with a population of about 750,000 inhabitants in the south of France. In 1985, a decision was made to build a two-line VAL light metro system. Line C shown on network maps is the SNCF standard commuter rail service that is integrated into the city's tariff zone between Gare St-Cyprien (Arènes) and Colomiers.

View from the cockpit of the entire line A of the Toulouse VAL metro, between the Mirail Basso Cambo and Balma Gramont terminals, aboard the 52-meter val208ag convoy (HR-43 carriage).
This video also includes turns at both ends of the line (be careful, staying on board after the final stops is strictly prohibited and will subject you to prosecution), to Basso Cambo via switch C3 and to Balma Gramont (Gabardi rear station) by arrows C7C8 ...
The tunnel lighting is off today, so the video quality is significantly degraded by the very low lighting. I apologize.