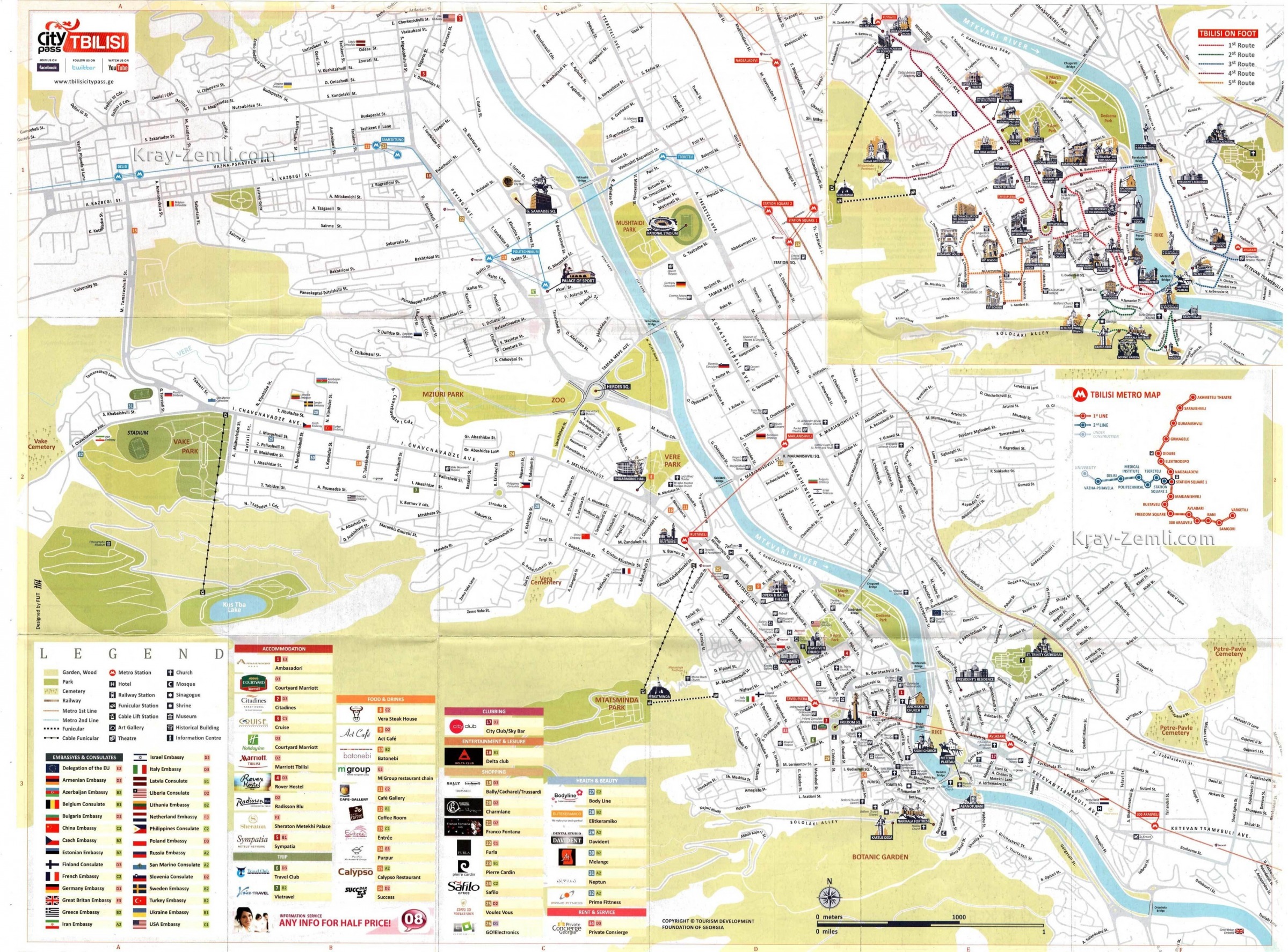 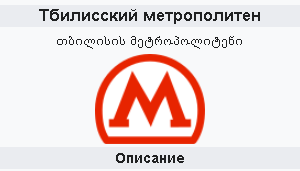 The Tbilisi Metro (Georgian: თბილისის მეტროპოლიტენი) is a rapid transit system in the Georgian capital Tbilisi. Opened on 11 January 1966, it was the fourth metro system in the former Soviet Union. Like other ex-Soviet metros, most of the stations are very deep and vividly decorated.

At present the system consists of two lines, 27.3 kilometres (17.0 mi) in total length, serving 23 stations. In 2017, the Metro transported 113.827 million passengers. The Metro is operated by the Tbilisi Transport Company, which began operation the same year as the Tbilisi Metro, in 1966.

Tbilisi (officially known as Tiflis until 1936), capital of Georgia, was considered historically to be one of the most important cities of the Soviet Union, particularly in view of its political position as being the most significant city in the Caucasus and the capital of the Transcaucasian Socialist Federative Soviet Republic which lasted until 1936. The city grew quite rapidly during the 19th and 20th centuries, and apart from being a cultural and political centre, it was also an important transport hub in Transcaucasia and an industrial center as well. Features of the historically established development of Tbilisi, stretching for more than 25 km along the Mtkvari river, densely built-up city centre, narrow steep streets in some parts of the city, impede the development of land transport. All this contributed to the need for a rapid transit Metro system. Especially considering its geographic characteristic - Tbilisi is considerably long, which undoubtedly would simplify the coverage of most parts of the city by the underground.

The Tbilisi Transport Company (formerly Tbilisi Metro Ltd), 100% owned by the Tbilisi City Hall, has been operating since 1966, when the first part of the metro was opened in the direction of Didube Rustaveli.

Tbilisi (Tiflis) is the capital of the former Soviet republic of Georgia, located in the Caucasus. The city has 1.2 million inhabitants and stretches 40 km from north to south along the Mtkvari (Kura) River. The valley is surrounded by mountains, which makes traffic especially difficult. Therefore, plans for a metro system were made already in the early 1950s, when the city had only 750,000 inhabitants.

Tbilisi Metro: time-tested. Our film crew went to the Tbilisi subway. The subway tour is accompanied by an experienced instructor. The trains, awaiting the start of the shift, have already been inspected by the technical staff and will leave their "native land" from minute to minute. Those that need repair are on special tracks, where specialists carry out diagnostics and troubleshoot