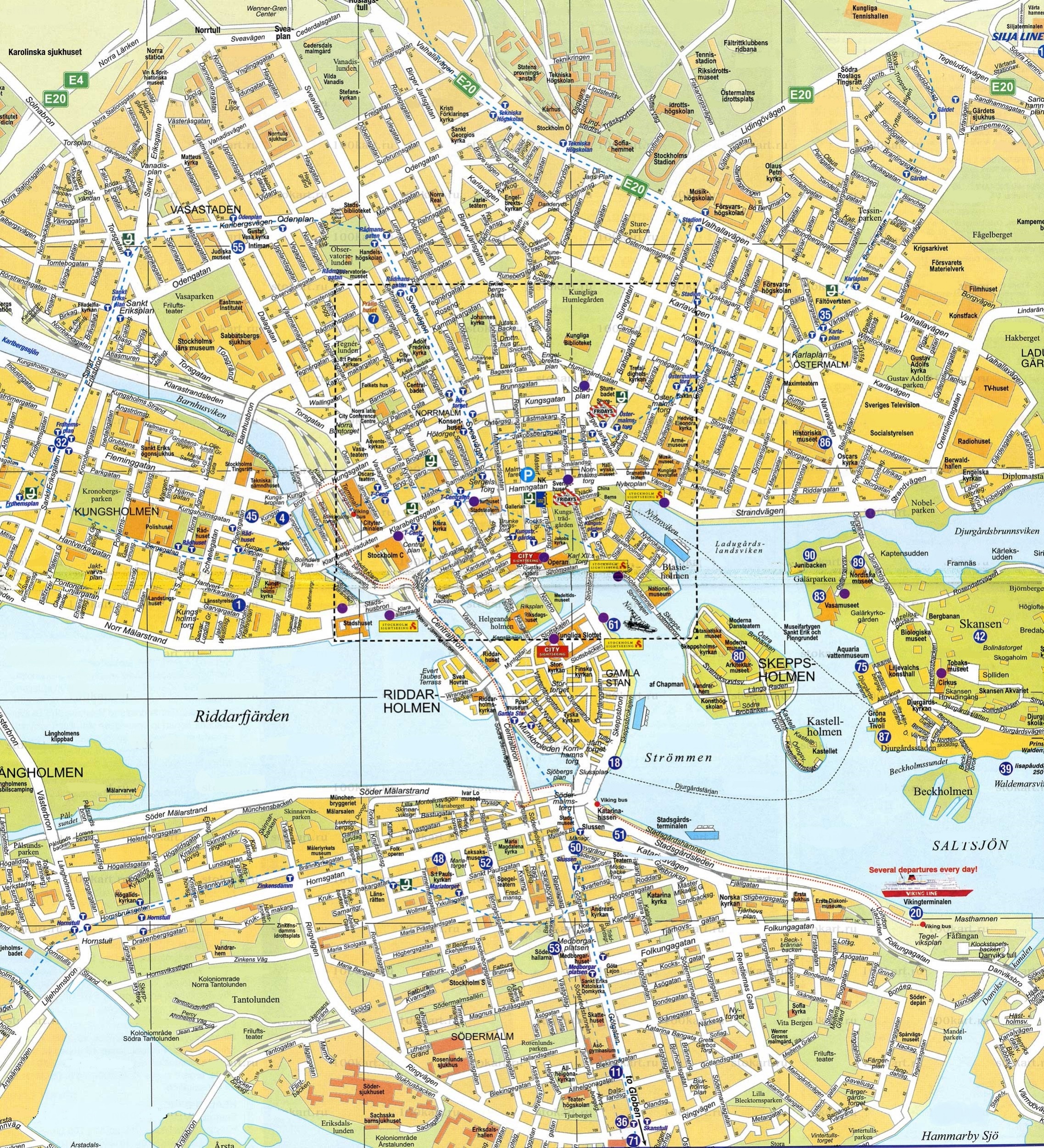 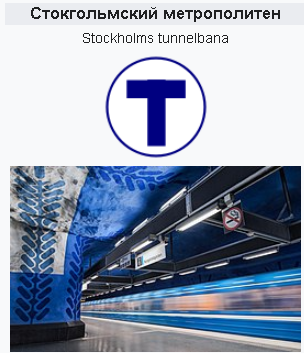 The Stockholm metro (Swedish: Stockholms tunnelbana, lit. 'Stockholm's tunnel rail') is a rapid transit system in Stockholm, Sweden. The first line opened in 1950, and today the system has 100 stations in use, of which 47 are underground and 53 above ground. There are three coloured main lines on the tube maps. These do, however, form seven actual routes (with different termini). Routes numbered 17, 18 and 19 (belonging to the green main line), 13 and 14 (red main line) and 10 and 11 (blue main line) all go through Stockholm City Centre in a very centralized metro system. All seven actual lines use The T-Centralen hub station. Apart from this central station for the metro, there exists just one other interchange between lines, the Fridhemsplan station, although both the green and red lines are mutually accessible at the Slussen and Gamla Stan stations.

The metro is equipped with ticket gates. Single tickets must be bought in advance, typically in privately owned smaller shops, or at ticket machines that are available in all underground stations and on several tram, bus, or boat stops. Passengers can also buy tickets at the ticket booth, just by the gates to the metro.

Traffic in the metro moves on left-hand side, similarly to mainline trains in Sweden. Cars and trams still drove on the left in Sweden when the metro system opened.

In 2017, the metro carried 353 million passengers, which corresponds to 1,2 million in a normal weekday. The 105.7-kilometre-long (65.7 mi) metro system is owned by the Stockholm County Council through the company Storstockholms Lokaltrafik (SL). The operation has been contracted to MTR since 2 November 2009.

The Stockholm metro system has been called 'the world’s longest art gallery', with more than 90 of the network's 100 stations decorated with sculptures, rock formations, mosaics, paintings, installations, engravings and reliefs by over 150 different artists.

Wondering how to travel to get anywhere in Stockholm? Then you can use this site or call us.

You can also call us
and get suggestions on how to travel.

Stockholm Metro is known all over the world for its unique design. Many tourists who have been here call the metro a real art gallery. The total length of all branches is more than 100 km, 48 stations are underground, and the remaining 52 are from above. Trains move on the left side, the metro has two transfer stations. It is the only underground train system in Sweden.

Subscribe to the BBC News www.youtube.com/bbcnews
St. Petersburg-based photographer Alexander Dragunov took the BBC on a tour of the Stockholm metro system and showcased some of his favorite stations on the network.