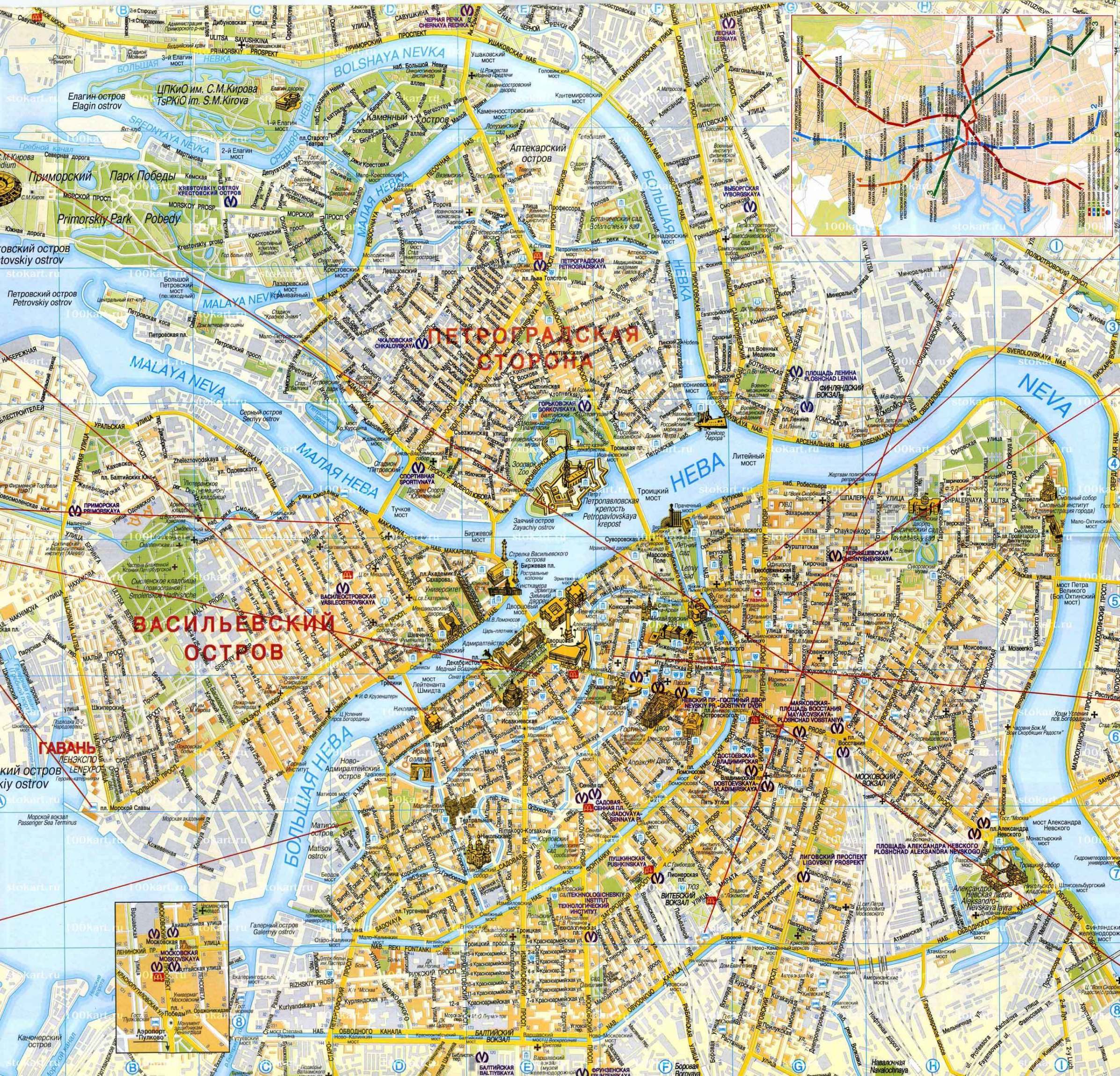 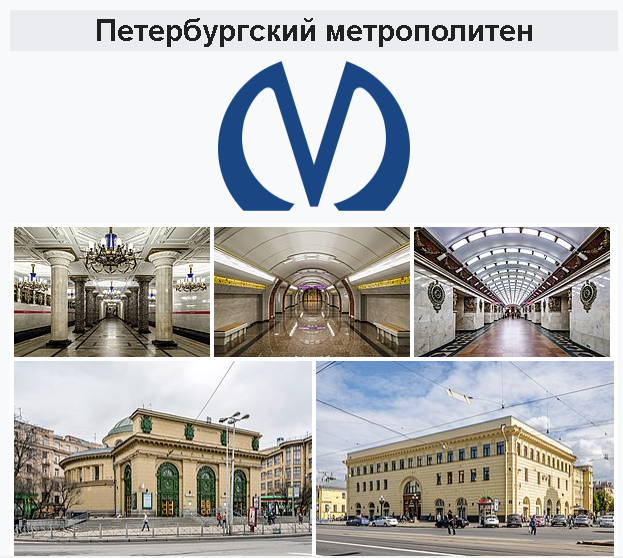 The Saint Petersburg Metro (Russian: Петербургский метрополитен) is a rapid transit system in Saint Petersburg, Russia. Construction began in early 1941, but was put on hold due to World War II and the subsequent Siege of Leningrad, during which the constructed stations were used as bomb shelters. It was finally opened on 15 November 1955.

Formerly known as the Order of Lenin Leningrad Metro named after V. I. Lenin (Ленинградский Ордена Ленина Метрополитен имени В. И. Ленина), the system exhibits many typical Soviet designs and features exquisite decorations and artwork making it one of the most attractive and elegant metros in the world. Due to the city's unique geology, the Saint Petersburg Metro is also one of the deepest metro systems in the world and the deepest by the average depth of all the stations. The system's deepest station, Admiralteyskaya, is 86 metres (282 ft) below ground.

The network consists of 5 lines with a total length of 124 kilometres (77 mi). It has 72 stations including 7 transfer points. Serving about 2 million passengers daily, it is the 26th busiest metro system in the world.

The question of building an underground road in Saint Petersburg arose in 1820. A resident of the city, a self-taught man by the name of Torgovanov, submitted a bold project to Tsar Alexander I — involving the digging of a tunnel from the center of the city to Vasilyevsky Island. The Russian ruler rejected the project and ordered the inventor to sign a pledge "not to engage in hare-brained schemes in the future, but to exercise his efforts in matters appropriate to his estate." Other, more developed projects subsequently emerged, but they, too, received no recognition.

Many arguments were advanced against the construction of an underground road.

The idea of creating in the northern capital of the Russian Empire, St. Petersburg, an urban off-street railway - the subway - has a long history and goes back to the 19th century. Back in 1820, the engineer Torgovanov contacted through Count M.A. Miloradovich to Alexander I with a project for the construction of a tunnel under the Neva. The proposal received a resolution: “Issue 200 rubles to Torgovanov from the cabinet. and oblige him to continue with his signature not to engage in projects, but to practice in the trades peculiar to him "...

The interactive history center of the State Unitary Enterprise "Petersburg Metro" (ICIM) is a modern exhibition and educational complex that allows you to fully immerse yourself in the fascinating world of the subway. The use of sophisticated lighting and multimedia systems creates a special metro atmosphere. The basic principles of the metro are clearly presented in a unique layout: four cars of the 1960s model move through the tunnel, enter the stations of different types, and go to the depot at night. In addition, you can see large-scale (1:20) models of rolling stock of different years, including cars of the type G, E, 81-717, 81-540.2, 81-540.8 and cars of the "NeVa" project ...

Can you find real people you know on the layout? Or maybe you want to see yourself there? We fulfilled the dream of our guests, who, coming to the model, exclaimed: "I wish I could become small and live here!"

Now everyone has access to the service of placing their heroes on the model. You can choose the place and image in which you want to see your hero and become a part of our miniature Russia.

We keep a register of all heroes, where in the comments you can indicate who posted this figure and whether it is timed to any event.