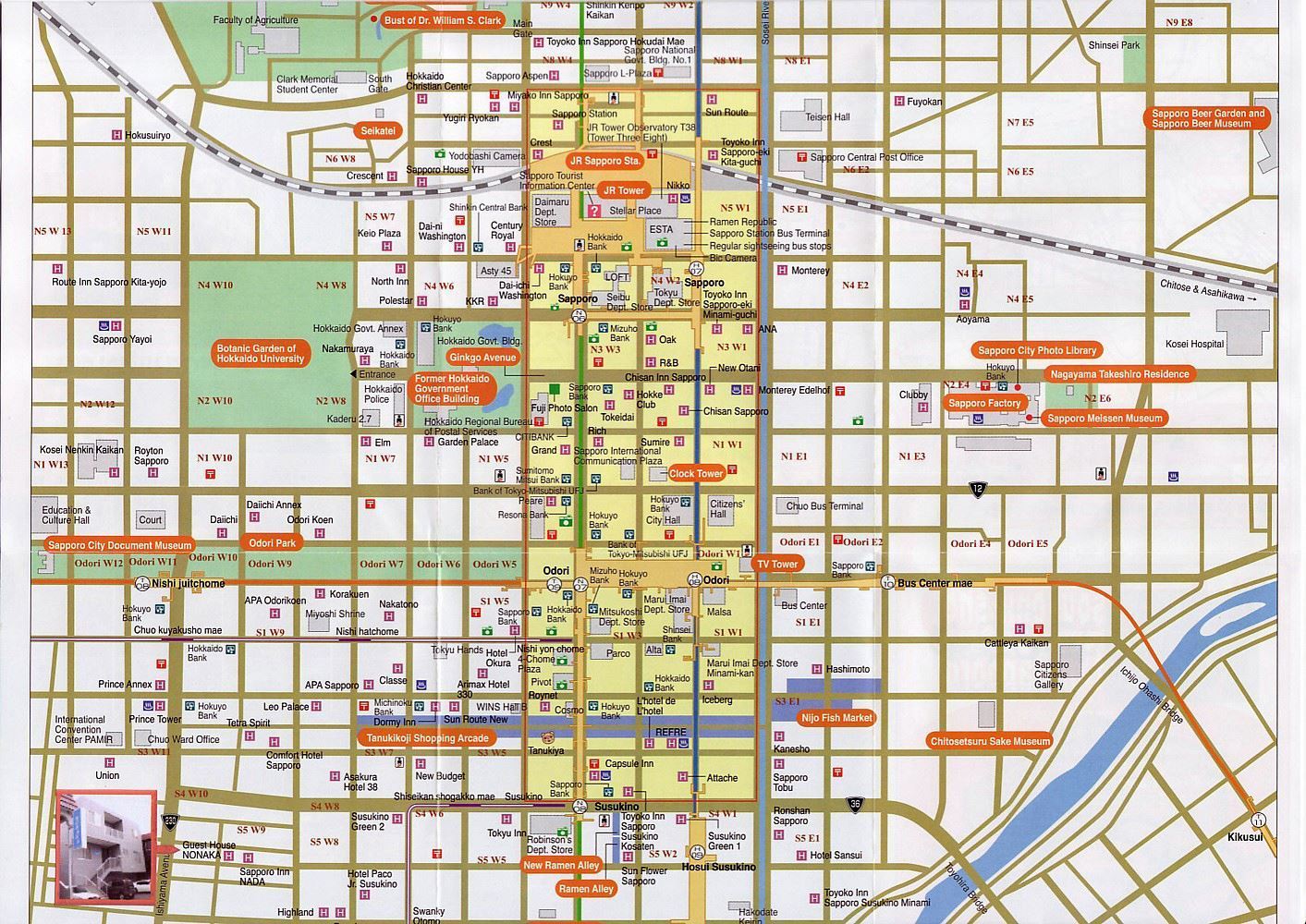 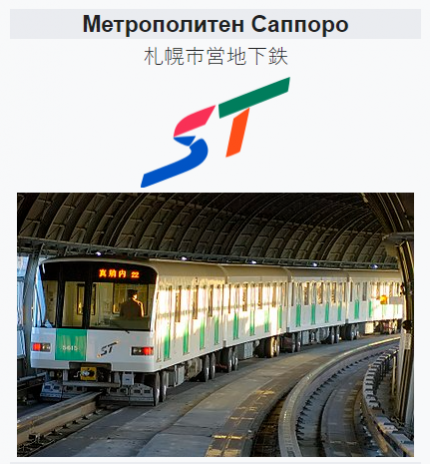 The Sapporo Municipal Subway (札幌市営地下鉄, Sapporo-shiei-chikatetsu) is a mostly-underground rubber-tyred rapid transit system in Sapporo, Hokkaido, Japan. Operated by the Sapporo City Transportation Bureau, it is the only subway system on the island of Hokkaido.

The system consists of three lines: the green Namboku Line (North-South line), orange Tozai Line (East-West line), and blue Tōhō Line(North East Line). The first, the Namboku Line, was opened in 1971 prior to the 1972 Winter Olympics. The Sapporo City Subway system operates out of two main hubs: Sapporo Station and Odori Station. Most areas of the city are within a reasonable walking distance or short bus ride from one of the subway stations.

The three lines all connect at Odori Station and with the JR Hokkaido main lines at Sapporo Station. At Odori and Susukino stations, it connects to the streetcar (tram) above. The system has a total length of 48 km with 46 stations. Except for the section of the Namboku Line south of Hiragishi Station, the tracks and stations are underground; despite being aboveground, this section of the Namboku Line is entirely covered, including the stations, the depot access tracks, and the depot south of Jieitai-Mae Station.

All lines of the subway use rubber-tired trains that travel on two flat roll ways, guided by a single central rail. This system is unique among subways in Japan and the rest of the world; while other rubber-tired metro networks, including smaller automated guideway transit lines such as the Port Liner, use guide bars, the Sapporo system does not because the central rail makes them superfluous (similar to some rubber-tyred trams, such as the Translohr and Bombardier Guided Light Transit).

There are differences between the technology used on the older Namboku Line and the newer Tōzai and Tōhō Lines.

In December 1971, the Sapporo subway was born as the fourth subway in Japan. It initially starts 12.1 km on a north-south line from Kita 24jo to Makomauchi. Thereafter, with the development of the city, the Tozai line was extended in 1976, the Nanboku line was extended in 1978, the Tozai line was extended in 1982, and in 1988 it was extended. ), An extension of the Toho Line in 1994 and an extension of the Tozai Line (2.8 km between Kotomi and Miyanosawa) opened in February 1999. We tried to expand the route at a fast pace. The Sapporo Subway is the first subway in the world to use a central rail system with full-size rubber tires and, taking full advantage of new technologies such as the introduction of a computer-controlled system, is the public transportation system in Sapporo.

Subway Sapporo was the fourth in Japan after Tokyo, Osaka and Nagoya. It was the first in the world to use a center rail in conjunction with rubber tires. Construction on the first line began in 1969 and opened in 1971 for the Winter Olympics in early 1972. The Nanboku Line is raised in the southernmost section between Hiragashi and Makomanai, but this section is covered with aluminum shelter for protection. due to heavy snowfall in the area it often happens, but also to reduce noise along the line.