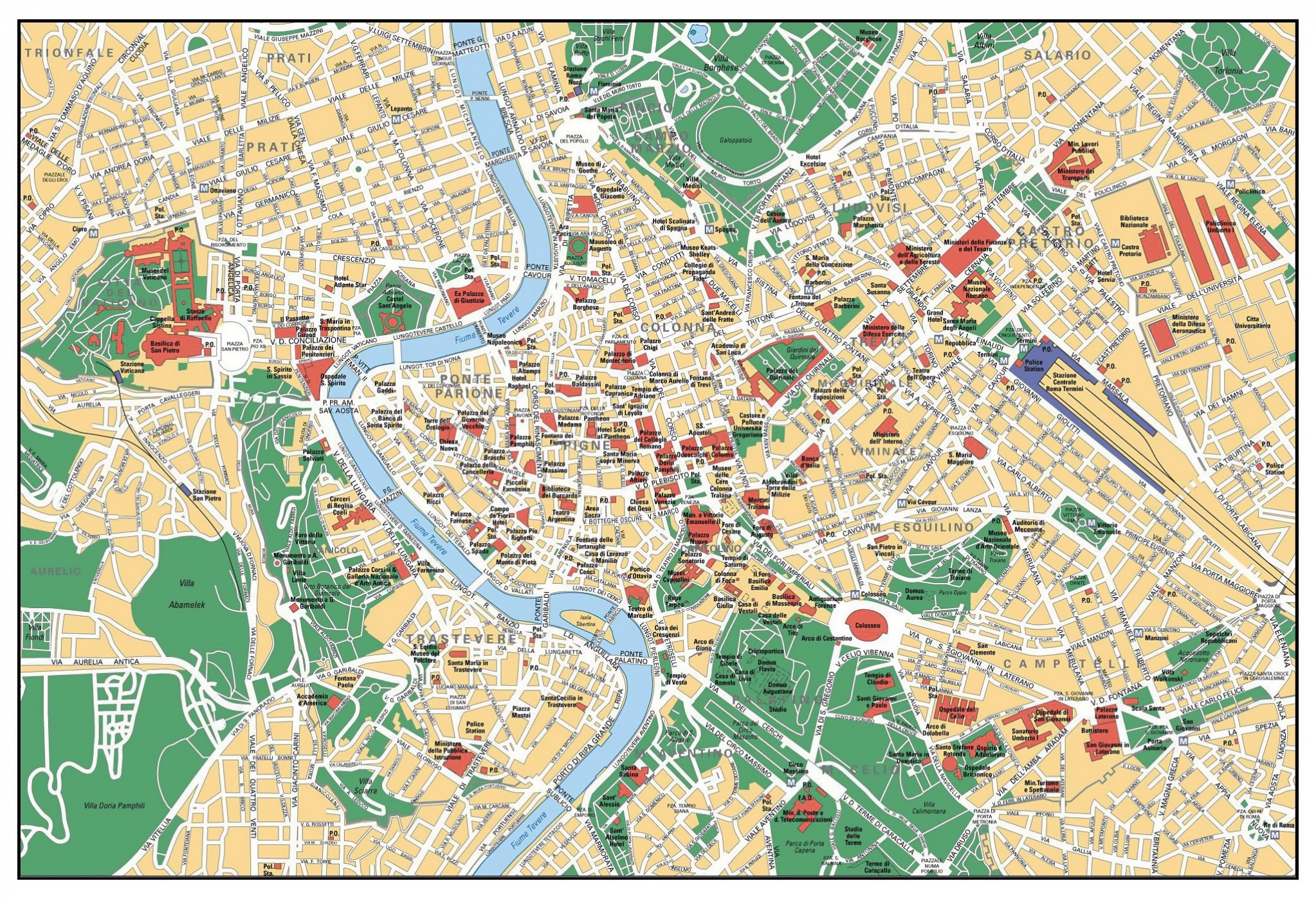 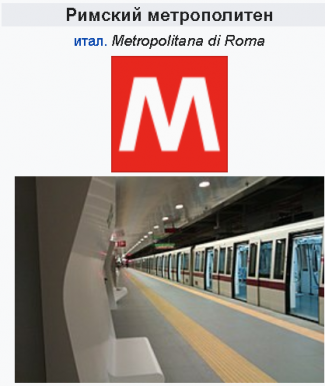 The Rome Metro (Italian: Metropolitana di Roma) is a rapid transit system that operates in Rome, Italy. It started operation in 1955, making it the oldest in the country.

The Metro comprises three lines – A (orange), B (blue) and C (green) – which operate on 60 km (37 mi) of route, serving 73 stations. The original lines in the system, lines A and B, form an X shape with the lines intersecting at Termini station, the main train station in Rome. Line B splits at the Bologna station into two branches. The third line opened in 2014 and connects to the rest of the system through an interchange with Line A at San Giovanni.

Rome's local transport provider, ATAC, operates the Metro and several other rail services: the Roma–Lido line, the Roma-Giardinetti line, and the Roma–Nord line. The first of these, the Roma–Lido, which connects Rome to Ostia, on the sea, is effectively part of the metro network. It is run on similar lines and uses trains similar to those in service on the Metro.

Line A runs from the southeastern suburbs of Rome, then along the northeast section of downtown, and then to the northern section of the city, near Vatican City. It connects with Line B, along with many other national and regional rail services, at Termini, and with Line C at San Giovanni. It has 27 stations, with terminals at Battistini and Anagnina. It is identified by the colour orange.

Line A was the second line built in Rome. Approval was given for the construction of the city's second metro line in 1959.

Work on Line A began in 1964 in the Tuscolana area, but suffered a series of delays caused by poor organisation. Above all, the originally planned method of construction, the cut and cover, posed serious problems for road traffic in south-east Rome. Work on the Metro was suspended and began again five years later, using bored tunnels, which partially resolved the traffic problems but caused numerous claims for compensation for vibrations caused by the machines. Work was also frequently interrupted by archaeological finds made during the excavations, particularly near Piazza della Repubblica.

With regard to its institutional responsibilities, the Company, based on the provisions of the Charter, may carry out, for example, the following activities:

a) design and construction of all works and systems;

b) research, consultation and research;

c) the activities of the state customer for the provision of works, services and supplies;

The capital of Italy, Rome, is one of the oldest cities in Europe with a population of 3 million.

Before the opening of Line C at the end of 2014, Rome's metro system was X-shaped, with two old lines crossing at Termini Central Station. Construction of the first line, line B south from Termini to Laurentina ...