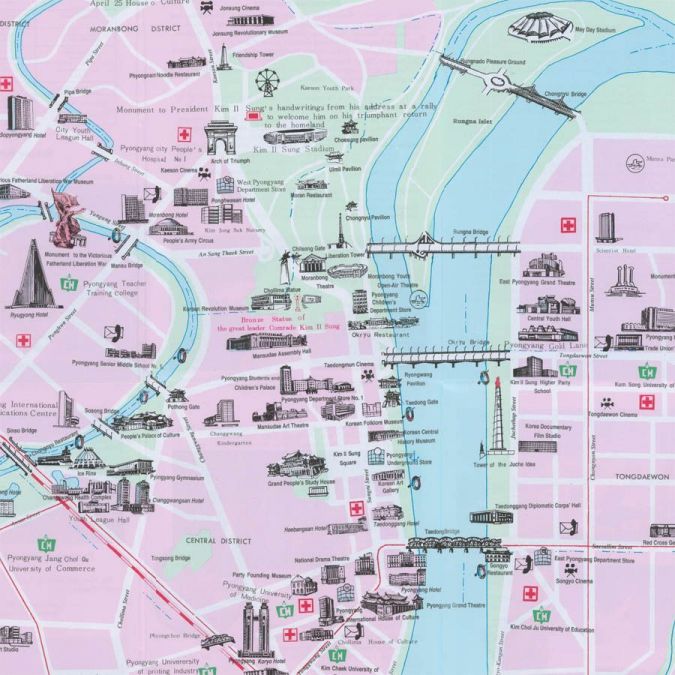 HISTORY OF THE Pyongyang METRO 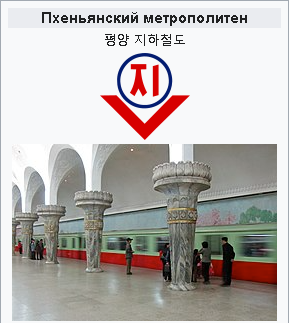 The Pyongyang Metro (Korean: 평양 지하철도; MR: P'yŏngyang Chihach'ŏlto) is the rapid transit system in the North Korean capital Pyongyang. It consists of two lines: the Chollima Line, which runs north from Puhŭng Station on the banks of the Taedong River to Pulgŭnbyŏl Station, and the Hyŏksin Line, which runs from Kwangbok Station in the southwest to Ragwŏn Station in the northeast. The two lines intersect at Chŏnu Station.

Daily ridership is estimated to be between 300,000 and 700,000. Structural engineering of the Metro was completed by North Korea, with rolling stock and related electronic equipment imported from China. This was later replaced with rolling stock acquired from Germany.

The Pyongyang Metro has a museum devoted to its construction and history.

Construction of the metro network started in 1965, and stations were opened between 1969 and 1972 by president Kim Il-sung. Most of the 16 public stations were built in the 1970s, except for the two most grandiose stations—Puhŭng and Yŏnggwang, which were constructed in 1987. In 1971, there was a major accident during the construction of a tunnel under the Taedong River for Ponghwa Station. Some sources say at least 100 workers died in the accident. This particular section of tunnel was never completed; the metro network is now completely located on the western side of the river.

China had provided technical aid for the metro's construction, sending experts to install equipment made in China, including electrical equipment made in Xiangtan, Hunan and the escalator with vertical height of 64 m made in Shanghai.

Pyongyang Metro is among the deepest metros in the world, with the track at over 110 metres (360 ft) deep underground; the metro does not have any above-ground track segments or stations. Due to the depth of the metro and the lack of outside segments, its stations can double as bomb shelters, with blast doors in place at hallways.

Pyongyang is one of the main transport facilities in Pyongyang, the capital of the Democratic People's Republic of Korea (hereinafter - North Korea), and its official name is the Pyongyang Metro. It is operated by the provincial metro management bureau of Pyongyang and celebrated its 30th anniversary in 2003. The subway station's internal structure was built so luxuriously that it is difficult to find an unprecedented example in the world, but much of it is still veiled because North Korea does not want to expose its internal structure to outsiders. This nondisclosure policy is compelling given the analysis that the main purpose of the metro is to connect all secretly established underground military installations.

The mysterious city of Pyongyang is the capital of the Democratic People's Republic of Korea (North Korea) with a population of 2.9 million. It is also one of the oldest cities on the Korean Peninsula.

The construction of the metro began in the mid-1960s with technical support from the USSR and China. The first section, managed by the Transport and Communications Commission, opened in 1973, and in 1985 the entire system reached its current 22.3 km. The stations are replete with suggestions of socialist realism, and their names do not refer to geographic location, but to topics related to the socialist revolution (e.g. Renovation, Victory, Unity, etc.). They lie at a depth of 100 m underground and serve as shelters for civil defense.

Pyongyang Metro: The Pyongyang Metro is one of the most interesting, unusual and beautiful in the world. It was opened in 1973 and currently consists of two lines with a total length of 23 kilometers and 16 stations. Working on the Internet Honestly and profitably Follow the link https://www.kryptex.org/?ref=60c5d42b