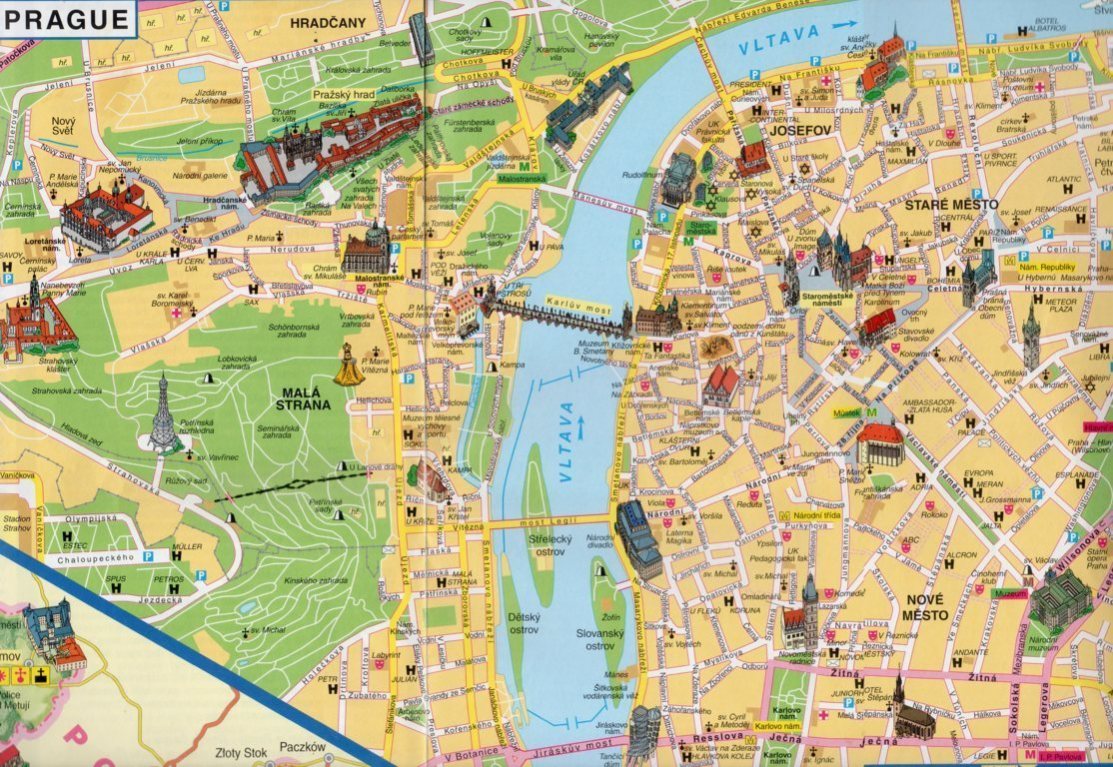 HISTORY OF THE PRAGUE METRO 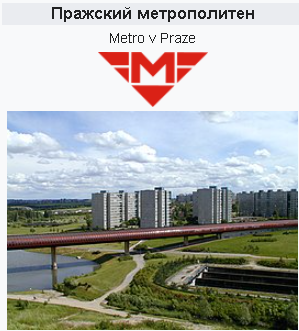 Two types of metro trains are used on the lines of the Prague Metro: 81-71M (a completely modernized variant of the original 81-71) and from 2000 new Metro M1. All the lines are controlled automatically from the central dispatching, near I.P. Pavlova station

Although the Prague Metro system is relatively new, the idea of underground transport in Prague dates back many years. The first proposal to build a sub-surface railway was made by Ladislav Rott in 1898. He encouraged the city council to take advantage of the fact that parts of the central city were already being dug up for sewer work. Rott wanted them to start digging tunnels for the railway at the same time. However, the plan was denied by the city authorities. Another proposal in 1926, by Bohumil Belada and Vladimír List, was the first to use the term "Metro", and though it was not accepted either, it served as an impulse for moving towards a real solution of the rapidly developing transport in Prague.

In the 1930s and 1940s, intensive projection and planning works took place, taking into account two possible solutions: an underground tramway (regular rolling stock going underground in the city center, nowadays described as a "pre-metro") and a "true" metro having its own independent system of railways. After World War II, all work was stopped due to the poor economic situation of the country, although the three lines, A, B and C, had been almost fully designed.

Prague (Bohemian Prague), the capital of the Czech Republic, has 1.2 million inhabitants and is located on both sides of the Moldau (Vltava) River.

The first section of the C line (north-south, 18.1 km) was opened between Sokolovskaya (now Florenc) and Kacherov in 1974. This line continued to Gaja in the south in 1980 and crossed the Vltava River to Holešovice in 1984. Most stations have a central platform, but not Hlavní nádrazi (Central Railway Station) and Vysehrad (located inside the motorway crossing the Nusle Valley).

Metroweb, as well as people who are near the metro, are looking for any photographs that capture the operation of the metro in 1974 up to approx. 1995.
Please take photos of cars, kits in stations, kits in warehouses (do not send metro stations and building elements themselves). We are also looking for pictures of 81-71 and Esch vehicles on their way from Russia. It is possible that some of you have photographed subway cars traveling under the Tatras.
Sometimes we wonder what good things can be found in your archives.
In the historical part of the photographs sent in this way, a photo gallery will be prepared.

Metropolitan Prague - the capital of the Czech Republic.