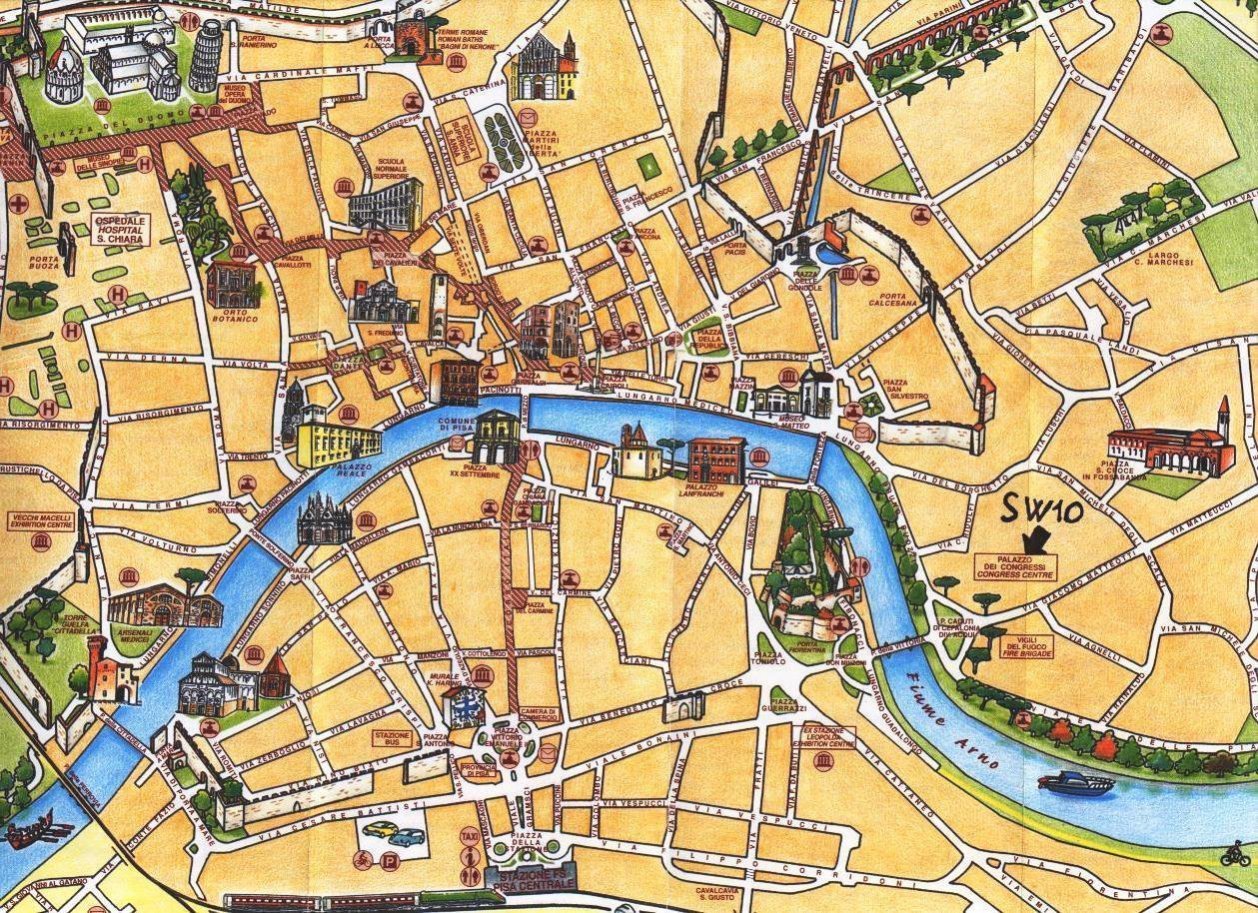 HISTORY OF THE PISA METRO 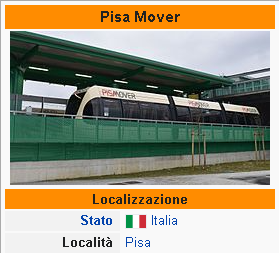 The Pisa Mover is a hectometric funicular system in Pisa that connects Pisa Central Station and Pisa-San Giusto Galileo Galia Airport. There is also an intermediate stop with a new parking exchange (Goletta-Navicelli route).
The plant was built by Pisamover S.p.A., a temporary grouping of companies formed by Leitner (parent company), Condotte d'Acqua, Inso and Agudio.
Work commenced on June 3, 2014: Significant completion, originally announced at the end of 2015, took place on September 30, 2016, 600 days after commencement. Less than a month later, an investigation by the Rome Carabinieri resulted in the release of the company's top management: Production Director Giampiero de Michelis would have kept silent about some of the delays in exchange for transferring some of the work to companies close to him. However, in the following months, the equipment was completed and the Pisa Mover was inaugurated on 18 March 2017 in the presence of the Minister of Infrastructure and Transport Graziano Delrio, the Vice President of the European Parliament David Sassoli and the President of the Tuscany Region Enrico Rossi, accompanied by the Mayor of Pisa, Marco Filipeschi, and the senior management of the companies. who built the infrastructure.
The route is 1.78 kilometers long, has 3 stops (plus predisposition) and follows exactly the route of the previous Pisa Central - Pisa airport railway (built in 1983 and cost approximately 8 billion liras at that time, in the opposite direction from the funds intended for Florence airport, adjusted for inflation to about 71 million euros in 2017 and dismantled in 2013), which, unlike the new plant, allowed direct connections to Florence.

Pisamo - SRL Enterprise Mobility was born on July 1, 2004 by the City of Pisa, as a joint venture company for the action of a public / private partnership between the City of Pisa and CPT SpA. Since 2006, the company is wholly owned by the municipality of Pisa, which through it intends to solve all problems related to urban mobility and public relations related to the services provided. Since June 2009, the municipality of Vecchiano acquired 1% of the property in Pisamo at the same time as the management of the car parks of Marina di Vecchiano was transferred to Pisamo.
The legal and operational headquarters and the Civil Office are located at 53 Via Cesare Battisti in Pisa.

Are you coming from the FiPiLi circuit? Are you looking for parking near the center of Pisa? The Pizamover is the right solution for you, with two large parking lots and a fully automated eco-bus that takes you to Pisa Central Station in less than three minutes from 6:00 am to 12:00 pm (midnight).

With an extremely convenient rate that includes both parking and a return shuttle ticket, Pisamover is ideal for practical, fast and inexpensive city travel. If you are a commuter train or student, traveling by car and need to travel to Pisa every day, there are also cheap rates available on a monthly subscription to help you avoid traffic congestion, stress and the hassle of finding a free parking space in the city center. city.

APM (Automated People Mover) service connecting Galileo Galilei From the airport to Pisa Central Station, with a stop next to the Park'n'Ride car parks on Via Aurelia and Via di Goletta.