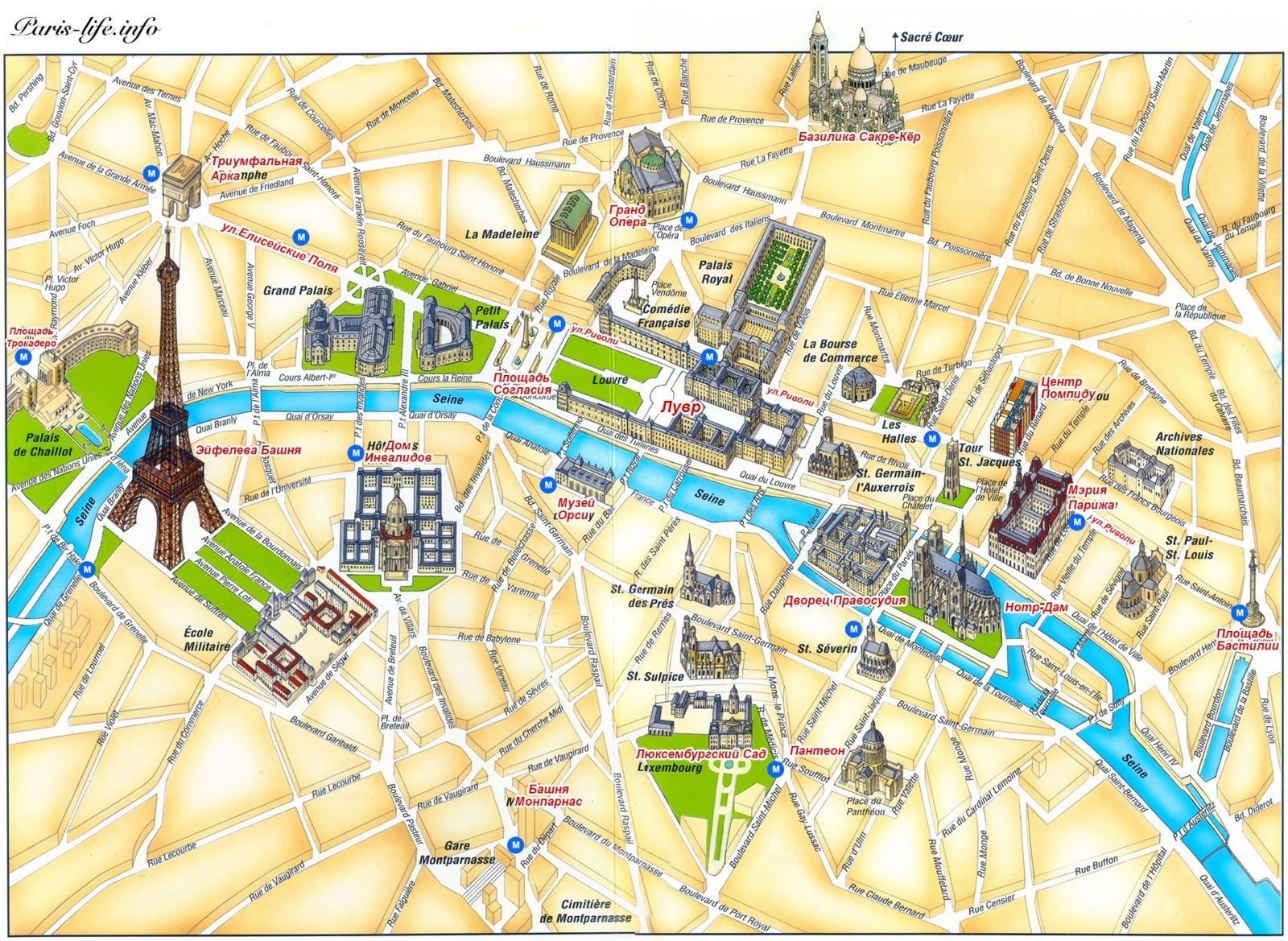 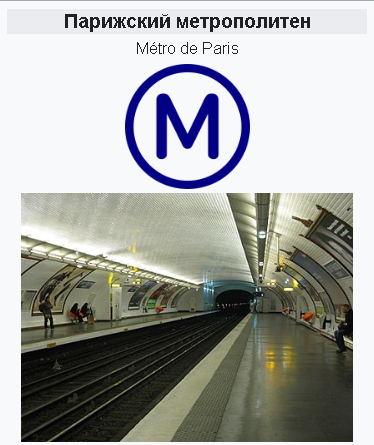 The Paris Métro (French: Métro de Paris [metʁo də paʁi]; short for Métropolitain [metʁɔpɔlitɛ̃]) is a rapid transit system in the Paris metropolitan area, France. A symbol of the city, it is known for its density within the capital's territorial limits, uniform architecture and unique entrances influenced by Art Nouveau. It is mostly underground and 225.1 kilometres (139.9 mi) long. It has 304 stations, of which 64 have transfers between lines. There are 16 lines (with an additional four under construction), numbered 1 to 14, with two lines, 3bis and 7bis, named because they started out as branches of Line 3 and Line 7 respectively. Line 1 and Line 14 are automated, with Line 4 scheduled to be in fall 2022. Lines are identified on maps by number and colour, with the direction of travel indicated by the terminus.

It is the second busiest metro system in Europe, after the Moscow Metro, as well as the tenth busiest in the world. It carried 1.520 billion passengers in 2015, 4.16 million passengers a day, which amounts to 20% of the overall traffic in Paris. It is one of the densest metro systems in the world, with 244 stations within the 105.4 km2 (41 sq mi) of the City of Paris. Châtelet–Les Halles, with five Métro and three RER lines, is one of the world's largest metro stations. However, the system has generally poor accessibility, because most stations were built underground well before this became a consideration.

The first line opened without ceremony on 19 July 1900, during the World's Fair (Exposition Universelle). The system expanded quickly until World War I and the core was complete by the 1920s; extensions into suburbs were built in the 1930s.

In addition to the planned extensions to existing lines (in particular lines 4, 11, 12 and 14), the Grand Paris Express network is planned, a system of circular and tangential metro lines around Paris itself:

Line 15 is a sort of orbital line with a handle to the east, with a southern section between Pont de Sèvres (M9) to Noisy Champs to be built first.

The entire RATP network is at your service to help you enjoy an unforgettable stay in the City of Lights.

The Eiffel Tower… the Saint-Denis Basilica… the Arc de Triomphe… RATP allows you to discover Paris by bus, metro or tramway!

In the hall of the Mirabeau station, the main tracks of line 10 split into two one-way sections: trains towards the Gare d'Osterlitz station pass along the lower track with a platform, and trains towards Boulogne force their ascent along the opposite direction without a platform, after which turn into the opposite section and stop at Eglise d'Auteuil station. The westbound path, which runs just above the eastbound level, is fenced off. This atypical design was solved in the framework of a typical design for a Parisian single-vaulted shallow station.