Newcastle upon (on) -Tyne 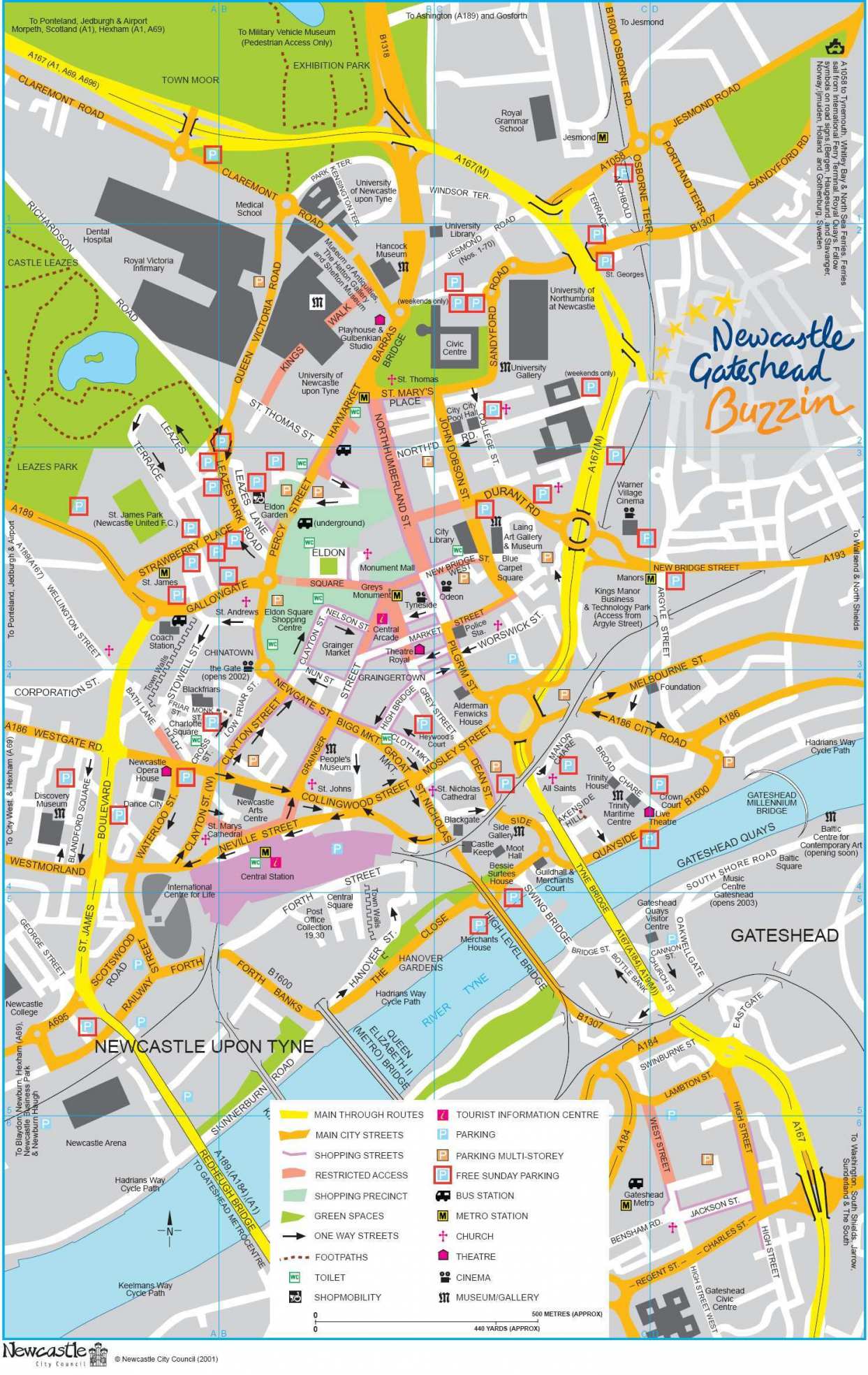 HISTORY OF THE NEWCASTLE METRO 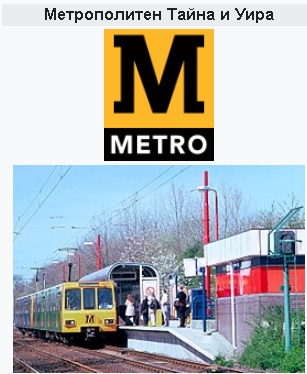 The Tyne and Wear Metro is a publicly-owned light rail system serving the metropolitan boroughs of Newcastle upon Tyne, Gateshead, North Tyneside, South Tyneside and the City of Sunderland (together forming Tyne and Wear). The network opened in stages from August 1980, and now serves a total of 60 stations, with two lines covering 48.2 miles (77.6 km) of track. The Metro can be accessed from a mixture of underground and overground stations. It has been described as the "first modern light rail system in the United Kingdom". The system is currently owned and operated by the Tyne and Wear Passenger Transport Executive (branded as Nexus), thus is fully under public ownership and operation.

The initial Tyne and Wear Metro network opened between August 1980 and March 1984, mostly using converted former railway lines, linked with new tunnel infrastructure. Further extensions to the original network were opened in November 1991 (from Bank Foot to Airport), and March 2002 (from Pelaw to Sunderland and South Hylton).

The present system uses much former railway infrastructure, mostly constructed between 1834 and 1882, one of the oldest parts being the Newcastle and North Shields Railway, which opened in 1839. In 1904, in response to tramway competition which was taking away passengers, the North Eastern Railway started electrifying parts of their local railway network north of the River Tyne with a 600 V DC third-rail system, forming one of the earliest suburban electric networks, known as the Tyneside Electrics. In 1938, the line south of the River Tyne between Newcastle and South Shields was also electrified.

There are few people in Mystery and Wear whose daily life is not affected by the Nexus. It can make you work or take your kids to school. This could be a shopping trip or a family trip to the coast or a museum. It can help you spend the night in the city without worrying about who is going home.

We provide, plan and promote public transportation to improve the economic prosperity of North East England and the daily lives of its inhabitants. We are also looking to the future, building travel networks that people will want to use in the coming decades.

Our plans include Metro's modernization program, all of which cost approximately £ 350 million over 11 years to provide a step-by-step change in comfort and reliability for our passengers.

One of the modes of public transport in the city of Newcastle upon Tyne in the UK is the underground, which opened in the summer of 1980. It consists of two lines, the total length of which is almost 80 kilometers. There are 60 stations on the Newcastle metro routes, of which nine are underground.

It's time for another in the "Secrets ..." series, this time in Newcastle on the brilliant Tyne & Wear subway system.