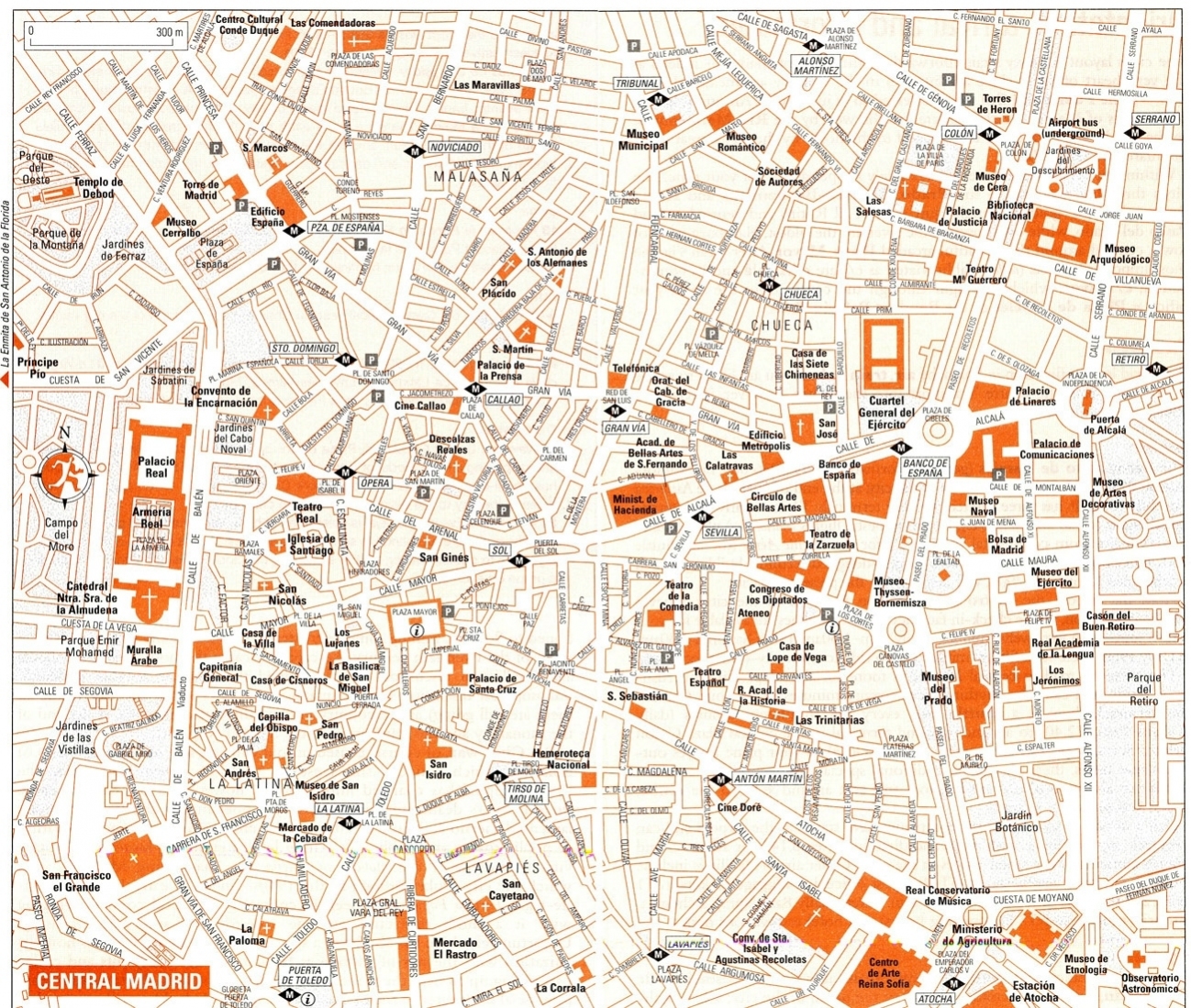 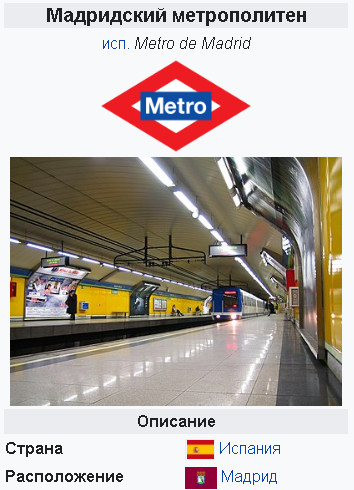 The Madrid Metro (Spanish: Metro de Madrid) is a rapid transit system serving the city of Madrid, capital of Spain. The system is the 14th longest rapid transit system in the world, with a total length of 293 km (182 mi). Its growth between 1995 and 2007 put it among the fastest growing networks in the world at the time, rivaling many Asian metros such as the Shanghai Metro, Guangzhou Metro, Beijing Subway, and Delhi Metro. However, the European debt crisis greatly slowed expansion plans, with many projects being postponed and canceled. Unlike normal Spanish road and rail traffic, which drive on the right, Madrid Metro trains use left-hand running on all lines because traffic in Madrid drove on the left until 1924, five years after the system started operating.

Trains are in circulation every day from 6:00 am until 1:30 am, though during the weekends, this schedule is to be extended by one more hour in the morning in 2020. Furthermore, the regional government intends to keep stations opened around the clock during these days from 2023 onwards. It has only stayed open 24 hours during the 2017 World Pride and during the 2021 Madrid snowstorm.

A light rail system feeding the metro opened in 2007 called Metro Ligero ("light metro"). The Cercanías system works in conjunction with the metro, with a majority of its stations providing access to the underground network.

On 19 September 1916, a royal decree approved the 4-line plan for the creation of the metro of Madrid. The engineers who created the plan, Mendoza, González Echarte, and Otamendi then began the process of raising the 8 million pesetas to begin the first phase of the project, the construction of Line 1 from Sol to Cuatro Caminos. Carlos Mendoza made contact with Enrique Ocharán, the director of Banco de Vizcaya, who offered 4 million pesetas on the condition that the public pledged an additional 4 million.

Friends of the Metro 1 Platform have already released their new Metro map. The plan that Jose Juan Navalon began to develop after his loud failure in the RaRo plan. But the best part is that they put all their energy into improving this design (which, if it was already bad, leaves it at the same level as bitumen), but that they included all of Madrid's rail transport: Metro, Sercania and all trams.

For years the madrilienos, the people of Madrid, wondered where the Chamberi metro station had gone? They knew that such a station existed before, but then it disappeared from the maps and train routes. Chambery station was on line 1, between Bilbao and Iglesia stations, until 1966. In 1966, they began to extend the lines of the Madrid metro and (if possible) to expand the platforms. Due to logistics optimization considerations, Chambery station was found to be unnecessary and was abandoned.

We took a ride on the Madrid metro. In general, the impressions are positive. There is only one drawback, in my opinion - a confusing fare payment system. The payment is divided into zones and you need to enter the final station of your trip in the machine. A trip to the zoo together with the purchase of a transport card cost us 5 euros with a penny. Of these, the card costs 2 euros. In our country, the metro is more convenient and simpler.