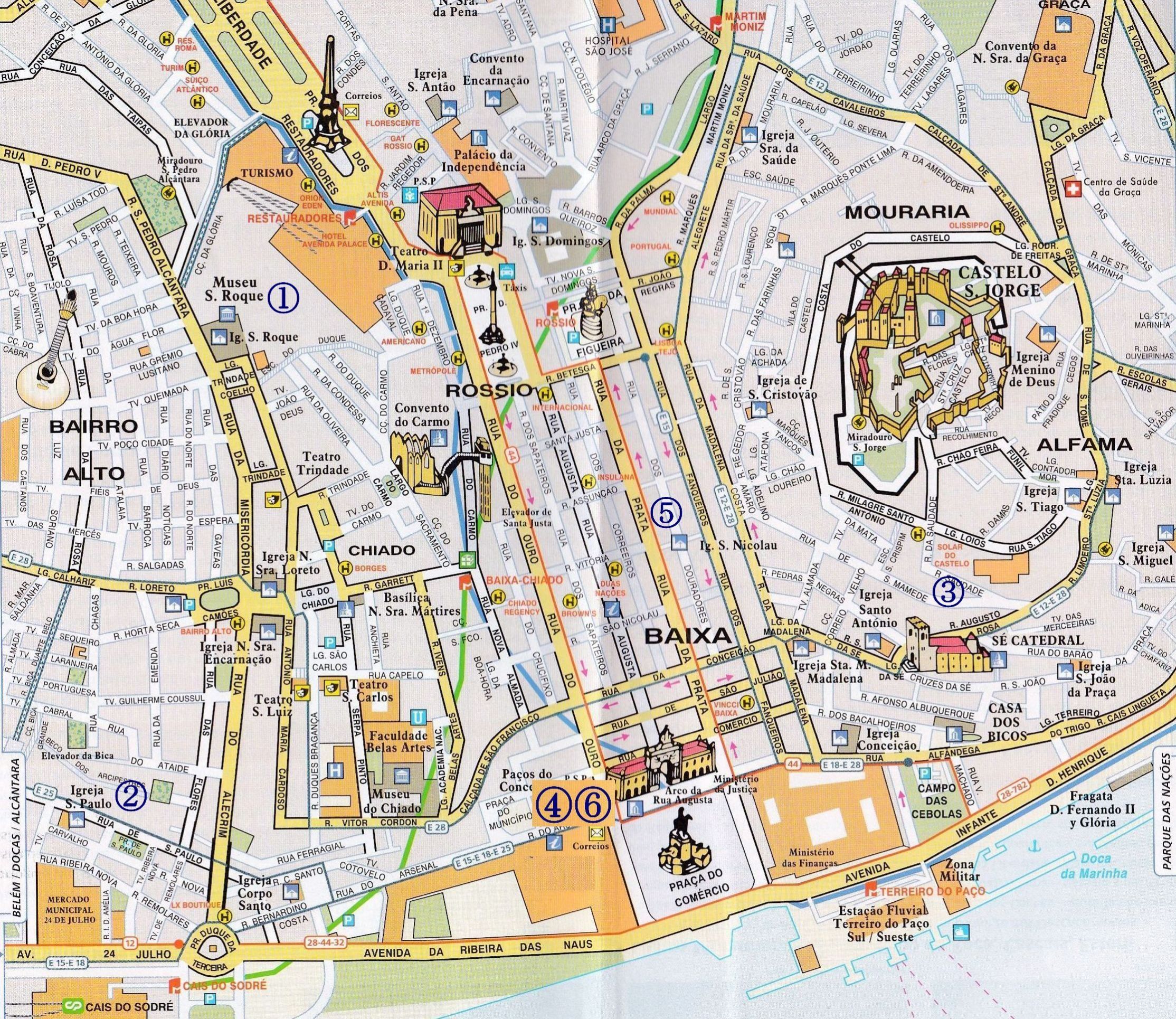 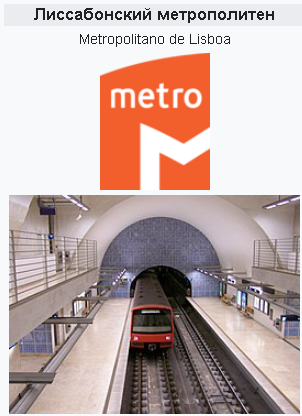 The Lisbon Metro (Portuguese: Metropolitano de Lisboa) is the rapid transit system in Lisbon, Portugal. Opened in December 1959, it was the first metro system in Portugal. As of 2017, the system's four lines total 44.5 kilometres (27.7 mi) of route and serve 56 stations.

The idea of building a system of underground railways for the city of Lisbon first arose in 1888. It was first proposed by Henrique de Lima e Cunha, a military engineer who had published a proposal in the journal Obras Públicas e Minas (Public Works and Mines) for a network with several lines that could serve the Portuguese capital. Concrete plans took longer to evolve, though. Lanoel Aussenac d'Abel and Abel Coelho presented theirs in 1923, and José Manteca Roger and Juan Luque Argenti theirs one year later, in 1924. None of these plans were carried out.

After World War II, in which Portugal remained neutral, the national economy took off and the financial possibilities arising from the Marshall Plan provided a strong boost to the potential construction of a metro in Lisbon. A society was formed on 26 January 1948 with the purpose of studying the technical and economic feasibility of the project.

Construction began on 7 August 1955, and four years later, on 29 December 1959, the Lisbon Metro was inaugurated. The network was formed by a Y-shaped line linking Restauradores to Rotunda (now Marquês de Pombal), branching then to Entre Campos and to Sete Rios (now Jardim Zoológico), where the rolling stock depot (PMO I) which was also linked to the outer-loop Cintura Line of CP was located. Two services were operated on the system: one between Restauradores and Sete Rios (which later became part of the Blue Line), and one between Restauradores and Entre Campos (which later became part of the Yellow Line).

The new system was well received by the public, and in the first year the Metro carried more than 15.3 million passengers. The metro has proved an important factor in urban development of the city, outlining new areas of housing and services.

Metropolitano de Lisboa was founded on 26.01. 1948, and her goal was an exceptional technical and economic study of the public transport system based on the use of the city's subsoil. The concession for the installation and operation of the relevant civil service was granted on 1.07.1949.
Construction work began on August 7, 1955, and four years later, on December 29, 1959, a new transport system was opened. The network, open to the public, consisted of a Y-line made up of two separate sections: Sete Rios (now Jardim Zoologico) - Rotunda (now Marquês de Pombal) and Entre Campos - Rotunda (Marquês de Pombal), which combine to the general section Rotunda. (Marquis de Pombal) - restorers.

The first part of the system was opened in 1959 between Sete Rios / Entre Campos and Restauradores, where the Y-shape system was introduced. The eastern branch at Alvalada was built before 1972. In 1988, sections were opened from Seti Rios to Colégio Militar-Luz and from Entre Campos to Cidade Universitária. Finally, in 1993, the east and middle branches met at Campo Grande to form a circle (although trains never went in a circle). Until 1995, trains to Campo Grande will run via Alameda, alternating to Colégio Militar-Luz, or back to Campo Grande via Cidade Universitária. Then in 1995 the line (90% underground) was split into two lines with very poetic names: Linha da Gaivota (Seagull line): Colégio Militar / Luz - Campo Grande via Alameda
Ligna do Girassol (Sunflower line): Rotonda - Campo Grande

travel vlog from the capital of Portugal, Lisbon Metro in Lisbon. Portugal