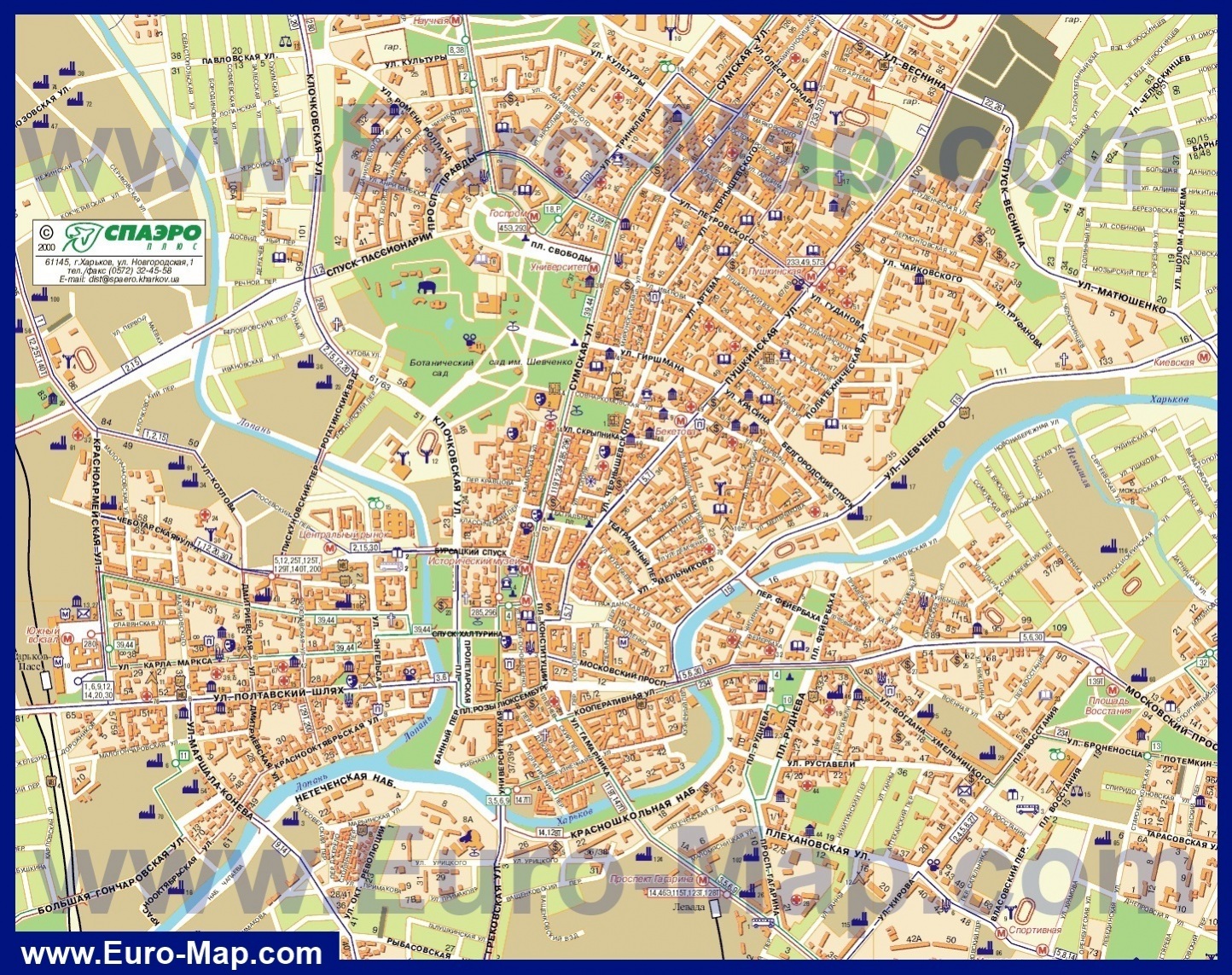 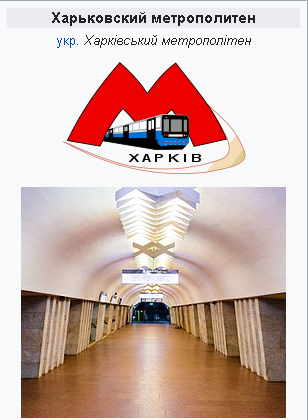 The Kharkiv Metro (Ukrainian: Харківське метро or Харківський метрополітен) is the rapid transit system that serves the city of Kharkiv, the second largest city in Ukraine. The metro was the second in Ukraine (after Kyiv) and the sixth in the USSR when it opened on August 22 (23), 1975. The metro consists of three lines which operate on 38.7 kilometres (24.0 mi) of route and serve 30 stations. The system transported 223 million passengers in 2018 (up from 212.85 million in 2017).

Initial plans for a rapid transit system in Kharkiv were made when the city was a capital of the Ukrainian Soviet Socialist Republic. However, after the capital moved to Kyiv in 1934 and Kharkiv suffered heavy destruction during World War II, a rapid transit system was dropped from the agenda. In the mid-1960s, the existing mass transit system became too strained, and construction of the metro began in 1968.

Seven years later, on 23 August 1975, the first eight-station segment of 10.4 kilometres (6.5 mi) was put into use. It is claimed that the metro does not have the beautiful and excessive decorations that stations in Moscow and Saint Petersburg[citation needed] Metros show, yet they do make the best of mid-1970s and later styles. While a metro token is shown below, these can no longer be used in Kharkiv, (since 2014 or 15?). Passenger must buy a single use ticket or use a reloadable card. Tokens were used in the Kyiv metro until late 2019.

Kharkiv Metro operations were suspended on 17 March 2020 to prevent coronavirus COVID-19 spread. To compensate for the lack of metro, the city administration implemented a series of changes in the tram, trolleybus, and bus routes of the city. The metro was reopened on 25 May 2020; face masks or respirators were mandated to wear for passengers.

Kharkiv Metro - the sixth in the CIS and the second in Ukraine in terms of construction time - is a modern transport enterprise in terms of purpose and technical equipment, has been operating since August 22, 1975.

The design construction of the first stage of the Kharkiv metro was approved in 1967, and the decision to build the first start-up section was made on April 23, 1968.
In June 1968, the first metro builders from Baku and Kiev, miners from the Donetsk and Moscow region coal basins, and experienced specialists arrived in Kharkov.

On July 15, 1968, along Slavyanskaya Street, near the South Station, the first trunk of the future metro was laid in a solemn ceremony.

On August 11, 1969, the first tunneling shield, manufactured at the enterprises of Kharkov, began to work.

The Kharkov metro was opened on August 23, 1975 and consisted of eight stations. Today the Kharkiv subway consists of three lines and 30 stations with a total length of 38.45 km. For a city with a population of 1.450 thousand people, Kharkiv has a very developed metro, which connects the largest districts with the city center. The metro plays a significant role in his life, and now it is simply impossible to imagine Kharkiv without the metro. Due to the fact that the metro is a convenient mode of transport and allows you to quickly move around the city, it is very popular among Kharkiv residents - it accounts for about half of all passenger traffic. A special feature of the metro is the absence of ground-based lobbies, as well as the widespread use of relief tiles in the design of stations.

Some metro stations of the Alekseevskaya line of the Kharkov metro.