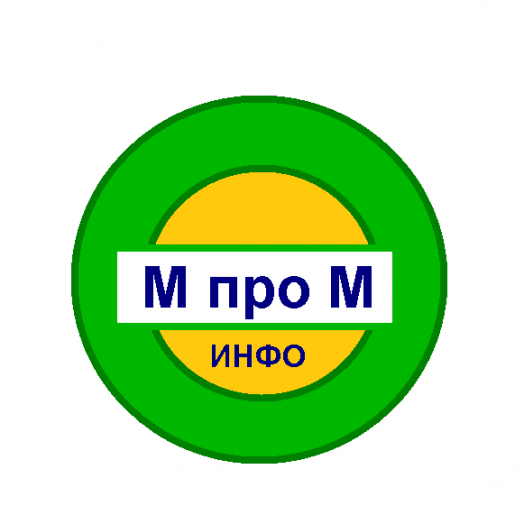 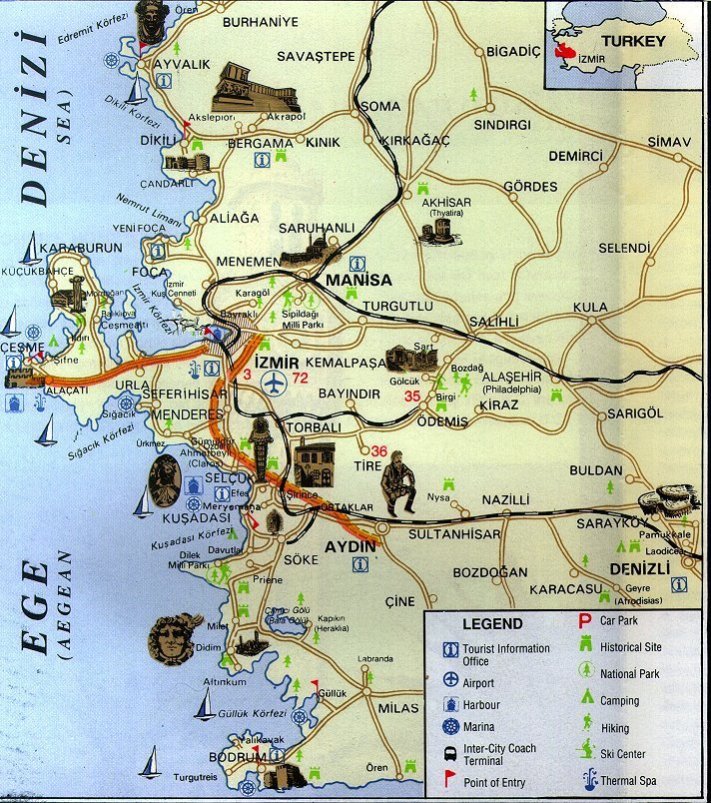 HISTORY OF THE IZMIR METRO 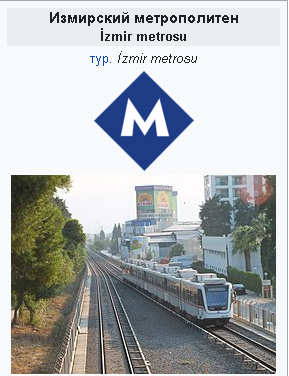 İzmir Metro (Turkish: İzmir Metrosu) is a metro system in İzmir, Turkey that is in the process of being extended with new stations being put in service. The current system, consisting of one line, starts from Göztepe station in Fahrettin Altay in the southern portion of the metropolitan area and runs towards northeast to end at Evka-3 in Bornova. İzmir's metro line is 20.1-kilometre (12.5 mi) long, and serves 17 stations as of 26 July 2014.

By 1990, it was thought that the existing public transport system in Izmir could no longer support the growing population. A plan was thought of to build a rapid transit network by rail to cope with this. A contract was signed in 1993, and the handover was in 1994. Construction had begun in 1995 and it was completed successfully in around 4 years. In May 2000, the system came into public service. Up to that moment, the total cost of the system had been $US600 million. Yapı Merkezi was the main contractor for all design and civil works (tunnels, bridges, viaducts, stations, tracks, infrastructure, depots and workshops) as well as the third-rail power system.

AdTranz was responsible for the rolling stock and the signalling, power-supply and communication systems. (ABB Traction was subsequently purchased by Daimler and became AdTranz only to be purchased later by Bombardier.) The Izmir Light Rail Vehicle (LRV) is tailor-made for the LRTS. It is 3760-mm high (from head of rail), 2650-mm wide, and 23,500-mm long (over couplers) with a maximum speed of 80 km/h. The maximum acceleration is 1.0 m/s with a seating capacity of 44 and a standing capacity of 140.

All LRVs are self-powered and the drive and braking systems (with wheel-slip protection) are controlled by on-board computer. A train consists of two to five vehicles with driver's cabin at each end. The LRV is a six-axle articulated unit with three bogies. The first and last bogies are powered while the articulated bogie is trailing.

The work initiated by the Izmir Metropolitan Municipality to develop the light rail system, one of the most important investments in public transport, continues without interruption. As part of the work, a 7.2-kilometer metro line also drove up to Narlidere station, which will connect Fakhrettin-Altai and the governor's district of Narlidere.
The construction of a metro line between Fahrettin-Altai and the governor of Narlidere district, established by Izmir Municipality in 2018, continues. The Line 1 tunnel, which previously connected Balçova, adaş stations, Dokuz Eilul University Hospital and the Faculty of Fine Arts, met with Narlıdere Station this morning.

Izmir is the third largest city in Turkey (1.8 million inhabitants), located in the west of the country. It is an important harbor in the Gulf of Izmir, an arm of the Aegean Sea (Mediterranean Sea).

The first metro line is 11.5 km long and has 10 stations. It was opened for trial use on May 22, 2000, and regular passenger service began on August 25, 2000. The line runs underground through the city center for 4.4 km (Üçyol - Basmane), rises 2.3 km (Hilal - Halkapinar) and 4.8 km at the level or cut (Stadum - Bornova). The journey along the entire line takes 16 minutes. The platforms are 125 m long, although initially only three-car trains (750 VDC) were used. In Halkapinar, it is possible to transfer to the Turkish State Railways.

Time 13:45 Transfer by metro from Basmane to F. Altai. I did short walking tours at both metro stations. there were very few passengers due to the coronavirus outbreak.