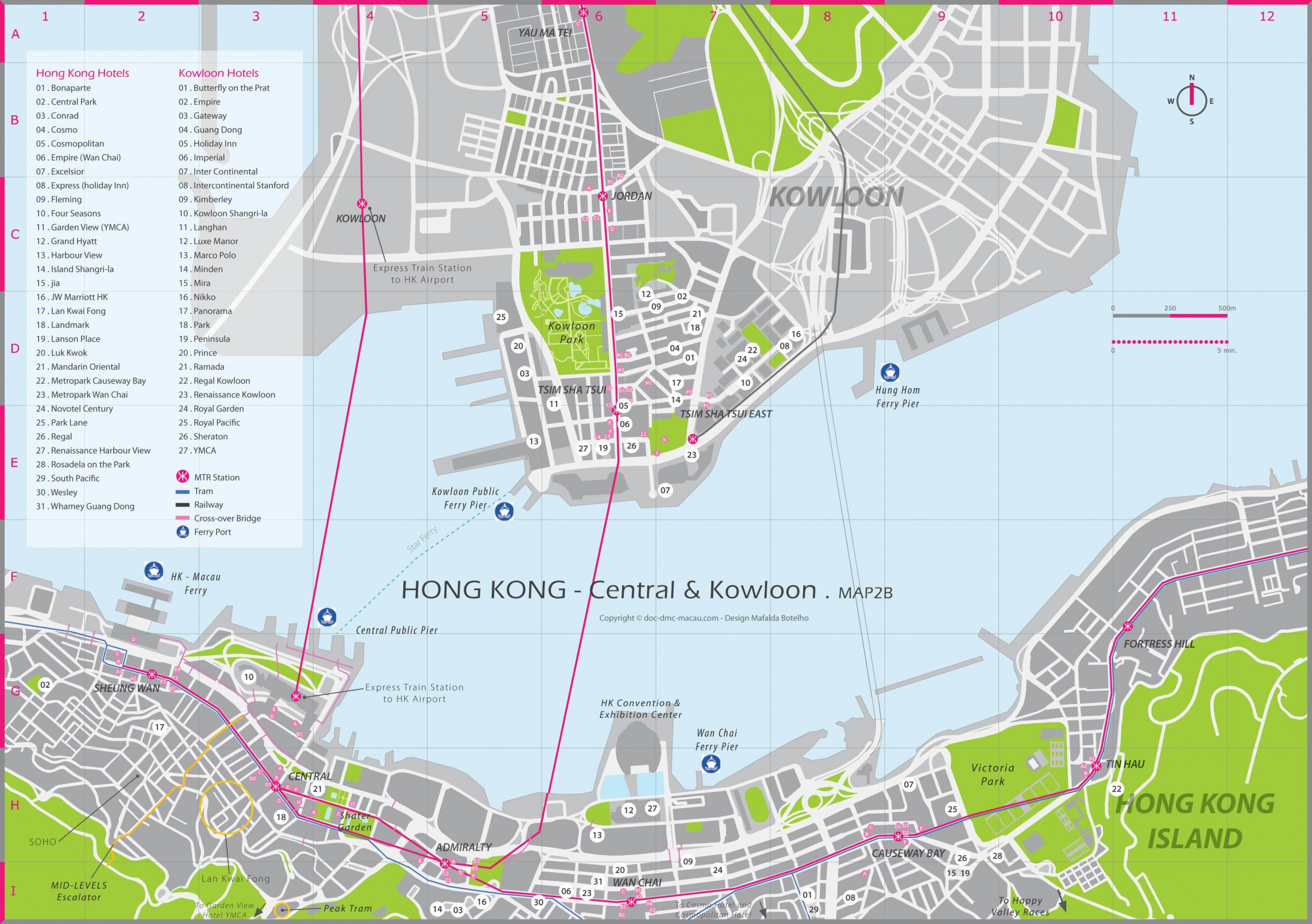 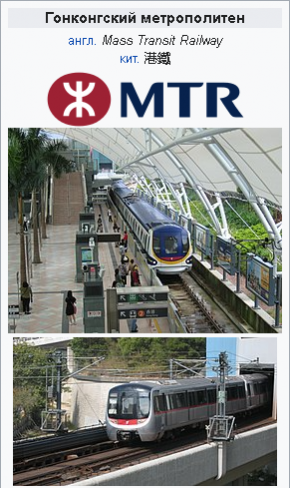 The Mass Transit Railway (MTR) is a major public transport network serving Hong Kong. Operated by the MTR Corporation Limited (MTRCL), it consists of heavy rail, light rail, and feeder bus service centred on an 11-line rapid transit network serving the urbanised areas of Hong Kong Island, Kowloon, and the New Territories. The system included 230.9 km (143.5 mi) of rail in 2018 with 163 stations, including 95 heavy rail stations and 68 light rail stops. The MTR is one of the most profitable metro systems in the world; it had a farebox recovery ratio of 187 per cent in 2015, the world's highest.

Under the government's rail-led transport policy, the MTR system is a common mode of public transport in Hong Kong, with over five million trips made in an average weekday. It consistently achieves a 99.9 per cent on-time rate on its train journeys. As of 2018, the MTR has a 49.3 per cent market share of the franchised public transport market, making it the most popular transport option in Hong Kong. The integration of the Octopus smart card fare-payment technology into the MTR system in September 1997 has further enhanced the ease of commuting on the MTR.

Construction of the MTR was prompted by a study, released in 1967, commissioned by the Government of British Hong Kong in order to find solutions to the increasing road congestion problem caused by the territory's fast-growing economy. Construction started soon after the release of the study, and the first line opened in 1979. The MTR was immediately popular with residents of Hong Kong; as a result, subsequent lines have been built to cover more territory. There are continual debates regarding how and where to expand the MTR network.

The MTR has served as a model for some newly built systems, particularly in Mainland China.

During the 1960s, the government of Hong Kong saw a need to accommodate increasing road traffic as Hong Kong's economy grew rapidly.

MTR was created and exists today to keep cities moving.
Through our transport network and real estate development, we empower cities and their residents to move forward and make progress. And by achieving our goal, we create long-term sustainable value for all of our stakeholders - our customers, our employees, our supply chain, and society.

The city of Hong Kong was transferred to China by the British government in 1997, but it still has a special status in the vast country. With a population of 7.2 million, it spreads to Hong Kong Island, Kowloon and new territories.

The third episode of the # SURVIVAL TRIP heading is on the air, in which we will talk about the metro in China, and to be more precise in Hong Kong. The metro is very similar to the European one. The main differences are in the payment system. In the Hong Kong subway, you pay for the distance you travel. The price ranges from 0.6 to 1.5 $.