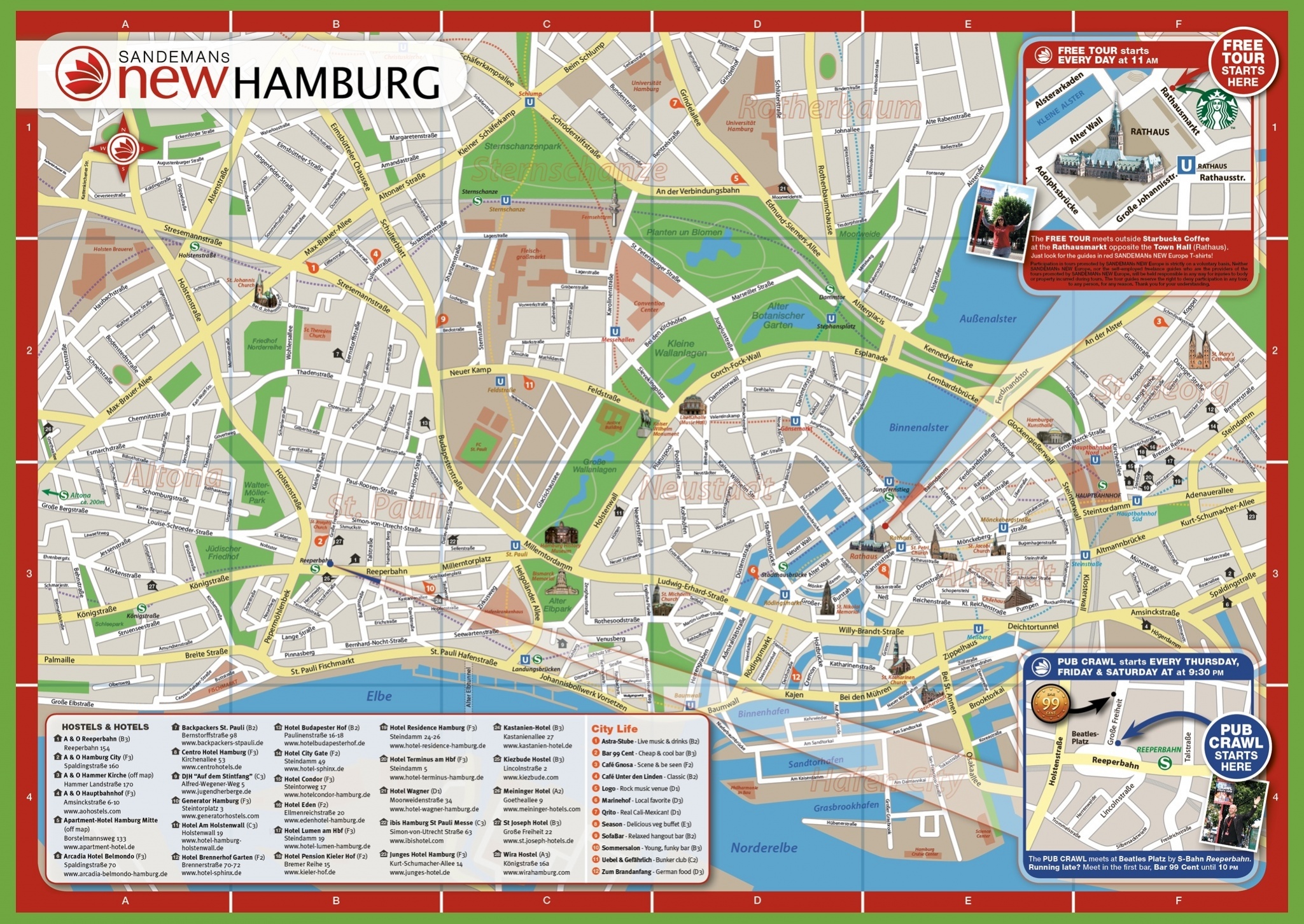 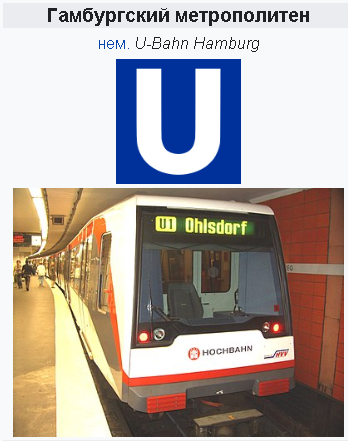 The Hamburg U-Bahn is a rapid transit system serving the cities of Hamburg, Norderstedt and Ahrensburg in Germany. Although technically an underground, most of the system's track length is above ground. The network is interconnected with the city's S-Bahn system, which also has underground sections. It is operated by Hamburger Hochbahn within the Hamburger Verkehrsverbund (HVV). It was opened in February 1912, and comprises four lines serving 93 stations, with a route length of 106.4 kilometres (66.1 mi) in 2019.

In 1906 the Senate of Hamburg awarded a contract for the Elevated and Underground Railway to Siemens & Halske and AEG of Berlin. The first stretch was completed on 7 October 1906. This was followed in 1911 with the founding of the Hamburger Hochbahn Aktiengesellschaft (HHA). Thus Hamburg became the third German city (after Berlin, 1902 and Schöneberg, 1910) to have a U-Bahn (then known as the Elevated and Underground Railway (Hoch- und Untergrundbahn) as it is largely either elevated or in tunnels – not much at street level).

The construction of such a railway had long been discussed, meanwhile an elevated train was also considered. In 1906 a circular route was begun, connecting Hamburg Hauptbahnhof – Berliner Tor – Barmbek (earlier spelling: Barmbeck) – Kellinghusenstraße – Schlump – Landungsbrücken (earlier designation: Hafentor) – Rathaus – Hauptbahnhof with branches to the quarters of Eimsbüttel, Ohlsdorf and Rothenburgsort. On 15 February 1912 the first stretch of the future Ringbahn (Circle railway) between Rathaus station und Barmbek was inaugurated. The stretch included both underground and elevated sections.

Hamburg Subway (Hamburger U-Bahn) is one of the oldest subways in Germany, opened more than a hundred years ago in 1912. The construction of the metro was entrusted to Siemens & Halske, which had previously successfully implemented metro projects in Berlin and Budapest.

Exploring the Hamburg metro. We take a group ticket and travel around the city. Some stations resemble the Paris metro. Because of the swampy soils, the first lines were laid along ramps above the roads. They are somewhat reminiscent of the New York subway lines. our travels on the channel: mrDmitry64