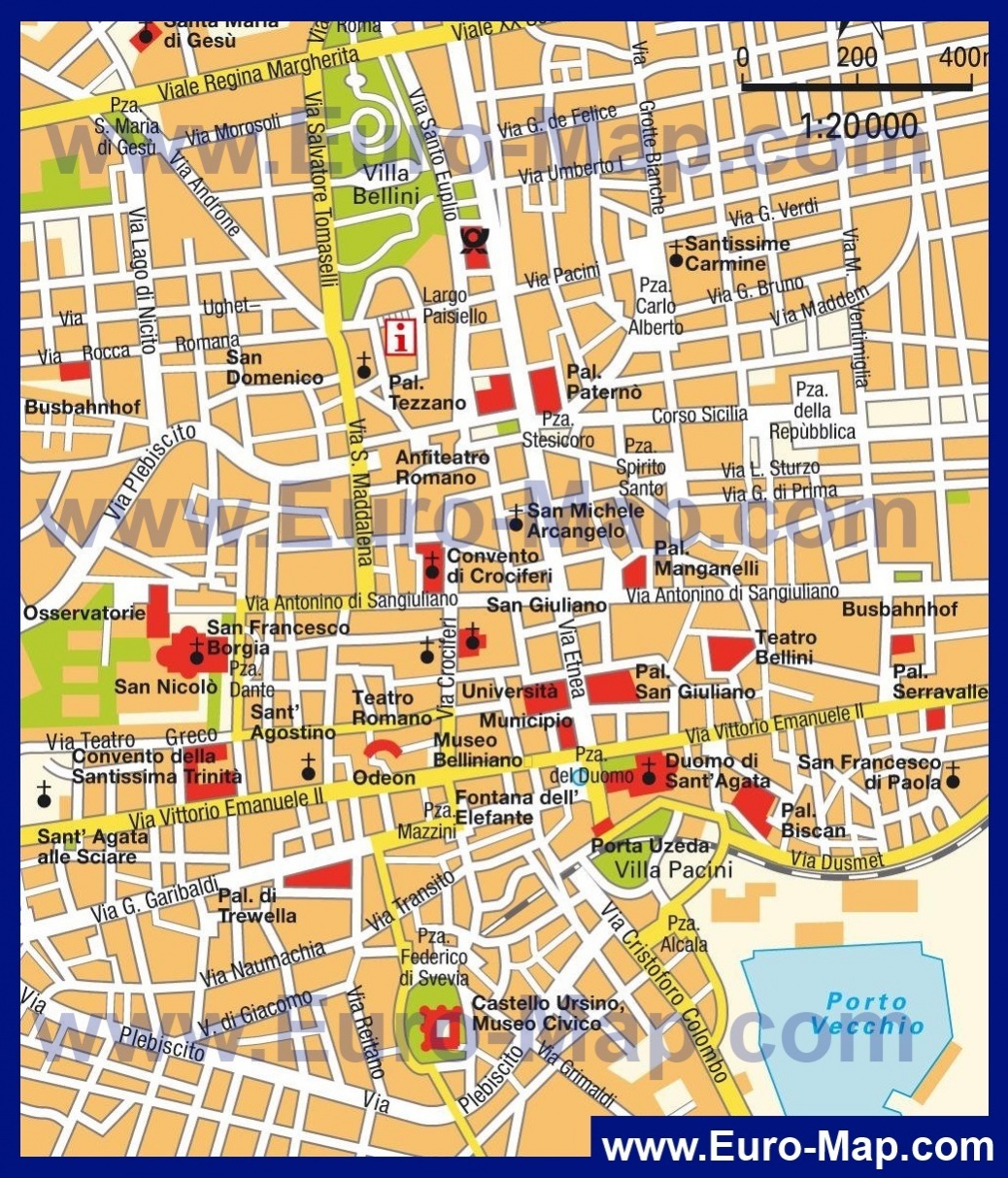 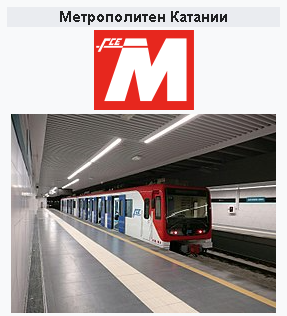 The Catania Metro (Italian: Metropolitana di Catania) is a rapid transit system serving the city of Catania, Sicily, in southern Italy. It is the southernmost metro system in Europe.

The Catania Metro has been in operation since 27 June 1999.

The section of the line between the stations of Borgo and Porto originally belonged to the Ferrovia Circumetnea narrow-gauge regional railway which opened to traffic in 1895.

For the operation of the metro, this portion of the rail line was converted to standard gauge and mostly moved underground into a double-track 2.0 kilometres (1.2 mi) cut-and-cover tunnel, except for the part of the route adjacent to the coast which runs on the surface for 1.8 kilometres (1.1 mi) and which is single-tracked. Thus, the narrow-gauge Circumetnea railway's original terminus at Catania Porto had to be moved to Borgo due to the development of the Catania Metro.

The Metropolitana and the Circumetnea railways are operated by the same company, which has its offices at Catania Borgo.

During the first years of operation, this metro suffered from poor ridership, as its former route (from 1999 to 2016) merely skirted the city centre and therefore did not reach many popular destinations. However, ridership increased significantly in 2017. The metro usually operates every day. Trains run every 10 minutes until 3:00 p.m. and then every 15 minutes until the end of the service, at 10 p.m. . p.m.

All tickets (except MetroBus tickets) may be purchased at ticket machines at every station.

For more information on how to activate and / or renew your subscription for students regularly studying at the University of Catania ...

Metropolitan di Catania opened on June 27, 1999 between Borgo and the Port:

The metro first ran underground between Borgo and Piazza Galatea, then on the surface along a single-track line along the coast to Catania's central railway station (FS) and further south to the harbor (Porto). The underground track actually replaced the land track built in 1895.

Finally, in December 2016, the underground line was completed to serve the city center in Stesikoro.

Construction of the metro in Catania, Sicily began in 1990. The first six stations opened in 1999. The Catania metro is shallow. The metro consists of two carriages and carries approximately 1,500 people a day. Metro Catania is the fifth metro in Italy and the smallest metro in Europe. The metro opens at 6-00 and closes at 23-30 Catania metro is developing very slowly, but the development prospects are very grandiose. There are plans to extend a line to the airport.