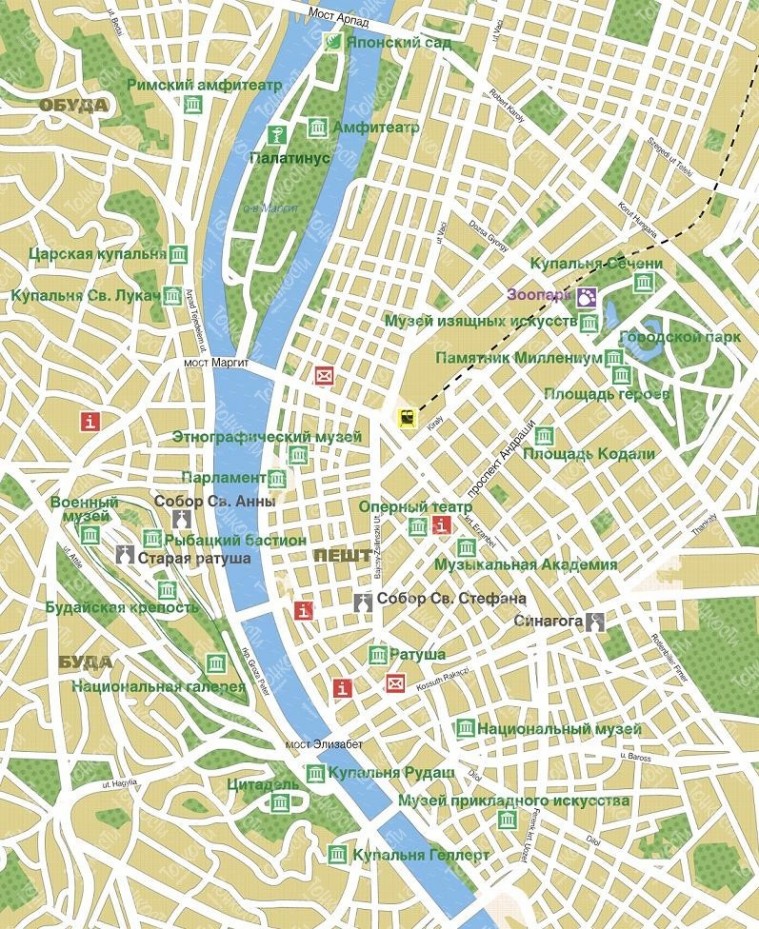 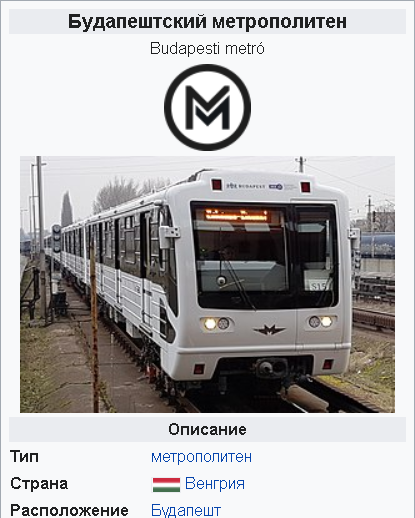 The Budapest Metro (Hungarian: Budapesti metró) is the rapid transit system in the Hungarian capital Budapest. It is the oldest underground railway system in continental Europe, and is only pre-dated by the London Underground. Budapest's iconic Line 1 was completed in 1896.

The M1 line became an IEEE Milestone due to the radically new innovations in its era: "Among the railway’s innovative elements were bidirectional tram cars; electric lighting in the subway stations and tram cars; and an overhead wire structure instead of a third-rail system for power." Since 2002, the M1 line was listed as a UNESCO World Heritage Site.

The original metro line 1 (Földalatti) ran for 5 km from Vörösmarty tér to Széchenyi fürdő (from Hungarian föld "earth, ground", alatt "under"; so "the underground"). The M1 Line was inaugurated on May 2, 1896, the year of the millennium (the thousandth anniversary of the arrival of the Magyars), by emperor Franz Joseph. It was named "Franz Joseph Underground Electric Railway Company".

Work on line 2 started in the 1950s, although the first section did not open until 1970. It follows an east–west route, connecting the major Keleti (Eastern) and Déli (Southern) railway stations.

Planning for Line 3 began in 1963 and construction started in 1970 with help of Soviet specialists. The first section, consisting of six stations, opened in 1976. It was extended to the south in 1980 with five additional stations, and to the north in 1981, 1984, and 1990, with nine additional stations. With a length of approximately 16 kilometres (9.9 mi) and a total of 20 stations, it is the longest line in Budapest.

In the 1980s and 1990s, Line 1 underwent major reconstruction. Of its 11 stations, eight are original and three were added during reconstruction. The original appearance of the old stations has been preserved, and each station feature displays of historical photographs and information. There is also a Millennium Underground Museum in the Deák Ferenc Square concourse.

site leading to the page of the metro museum

Interesting and unusual sights in Budapest not only on the surface, but also underground - it was in the Hungarian capital that the world's first electric metro appeared, the history of which began more than 120 years ago. What did the first metro look like? How to see a subway tunnel through the eyes of a train driver? What's so unusual about the Budapest metro? Find out in this video.