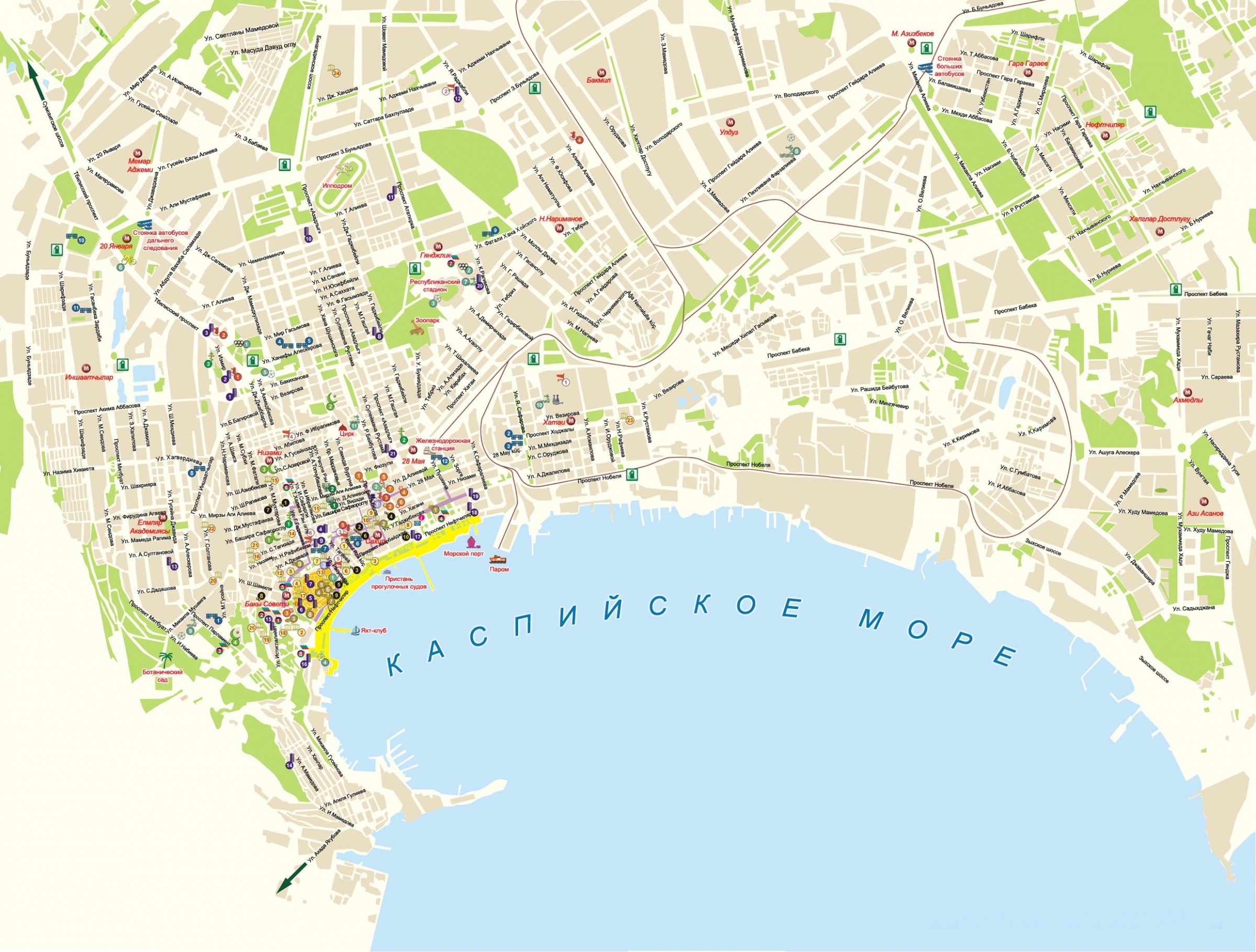 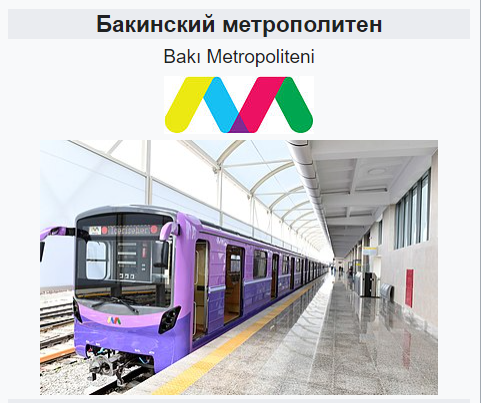 Baku Metro (Azerbaijani: Bakı metropoliteni) is a rapid transit system serving Baku, the capital of Azerbaijan. First opened on 6 November 1967 during the time of the Soviet Union, it has features typical of ex-Soviet systems, including very deep central stations and exquisite decorations that blend traditional Azerbaijani national motifs with Soviet ideology. At present the system has 36.63 kilometres (22.76 mi) of bi-directional tracks, made up of three lines served by 25 stations. The metro is the only one constructed in Azerbaijan, and was the fifth built in the Soviet Union. In 2015, it carried 222.0 million passengers, which yielded an average daily ridership of approximately 608,200.

During the final decades of the Russian Empire the port city of Baku became a large metropolis due to the discovery of oil in the Caspian Sea. By the 1930s, it was the capital of the Azerbaijani SSR and the largest city in Soviet Transcaucasia. The first plans for a rapid-transit system date to the 1930s, with the adoption of a new general plan for city development. After World War II, the population passed the one million mark, a requirement of Soviet law for construction of a metro system. In 1947, the Soviet Cabinet of Ministers issued a decree authorizing its construction, which began in 1951. On November 6, 1967, Baku Metro became the Soviet Union's fifth rapid-transit system when the first 6.5 kilometers of track and a depot were inaugurated, in honor of the fiftieth anniversary of the October Revolution.

Thanks to intensive construction projects from the beginning of the 20th century, from day to day the appearance of Baku began to transform and the city began to expand and develop. The construction of new industrial facilities, factories and factories led to an increase in the flow of population to the city, in connection with which the possibilities of land transport began to be significantly limited. All this led to the decision to start the construction of a new vehicle for transporting passengers - the subway in Baku.
In 1949, the Office of the Baku Glavtonnelmetrostroy was established, which assumed the duties of the general contractor of the Baku Metro.

The capital of the former Soviet Republic of Azerbaijan, Baku (Baku), with a population of 2.5 million, is located in the hills of the Absheron Peninsula on the shores of the Caspian Sea.

The metro system for Baku was first foreseen in the General Plan of 1932, and in 1949 the Council of Ministers of the USSR approved the design and construction work. The actual construction of the first line began in 1951, but was suspended in 1953 due to an official lack of funds.

Construction was resumed in 1960, with the first line altered to accommodate new urban developments. The first section with a length of 6.5 km with five stations was opened on November 6, 1967 between Baky Soveti and Narimanov.